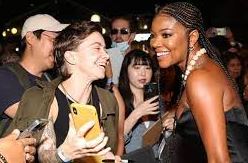 After two years of COVID-19 restrictions, the return of the in-person A-list fests film has reminded all of us of what we’re missing with all those pared-back, socially distant, or online-only replacement events. The spirit and energy of in-person film festivals has come roaring back.

Whether it’s the supersonic spectacle of fighter jets thundering over the red carpet for the Top Gun: Maverick premiere in Cannes; the army of teen fans camped out on the Lido to catch a glimpse of Harry Styles or Timothée Chalamet; or the selfie-hungry troops lined up in front of Toronto’s Roy Thompson Hall for TIFF’s opening night, the 2022 festival season has provided a welcome return to the buzz and excitement that, pre-COVID, used to define show business.

Much has been made of the importance of Cannes in launching Paramount Pictures’ Top Gun: Maverick and Warner Bros.’ Elvis — both of which capitalized on the media frenzy surrounding their glitzy festival premieres to draw audiences back to cinemas. Olivia Wilde’s out-of-competition title Don’t Worry Darling starring Harry Styles and Florence Pugh, has racked up hundreds of column inches, and millions of social media views, thanks to its Venice premiere and the non-stop tabloid coverage that accompanied it.

Toronto, which, in the words of TIFF CEO Cameron Bailey, becomes “the epicenter of the film world” for its 10-day run, is also counting on packed cinemas and screaming fans to bring back that old festival magic. And help revive a cinema industry still struggling with the damage COVID inflicted on its business model.

“I’m very glad to know the experience of letting the lights go down and being surrounded by hundreds of strangers has returned,” Bailey told The Hollywood Reporter.

The COVID pandemic forced TIFF, like most of the big festivals, to dramatically scale back. In 2020 TIFF only screened around 60 feature films (this year the number is more than 200, with more than 60 world premieres) and just a few in-person premieres, including socially-distanced events like drive-ins and outdoor screenings. The bulk of the festival took place online, on a digital platform that gave accredited critics and industry guests access both to the official TIFF titles as well as some 30 film market movies.

It was a practical solution to the reality of the pandemic, which had made international travel impossible. As a bonus, it also opened up access to North America’s largest film festival for scores of critics and reporters who, for financial or other reasons, would have been unable to attend.

According to TIFF’s own figures, the festival’s 41 free talks and events in 2020 reached more than five million people worldwide through TIFF’s various social media channels.

But last year, Toronto quickly scaled back its digital offerings, restricting what anyone not on the ground at TIFF could watch. This year, TIFF has abandoned the hybrid model. The festival’s online platform has a paltry selection of 24 titles, which only Canadian audiences have access to.

This lackluster digital offering appears to stand in contrast to TIFF goals, stated in its Media Inclusion Initiative, to expand access to the festival for critics and journalists from more marginalized backgrounds.

“TIFF believes it’s equally important to ensure that the press who report on, critique, and publicize films represent a diversity of perspectives,” reads a TIFF press release on the initiative, which provides financial assistance to help such critics —the goal for 2022 was for 100 recipients — to attend the festival.

But putting films online gives greater access to a much larger and potentially much more diverse group. A majority of critics cited in a recent survey by Rotten Tomatoes, a contributor to the Media Inclusion Initiative, called on studios and festivals to “make screenings more accessible via hybrid and virtual events” noting that “travel costs were still a major hurdle preventing them from attending major film festivals.”

Alongside this financial gatekeeping aspect, where many of the journalists least likely to be able to afford to attend the festival belong to the same marginalized groups TIFF claims to want to attract more of, there is the issue of accessibility. Even for those of us in good health, making it through a 10-day film festival can be a challenge. Add mobility issues or a disability to the mix, and it can prove insurmountable. Physical disabilities make it difficult to walk from theater to theater and wait in lines. Neurodivergent journalists can find it daunting to navigate the stress of attending a bustling, weeklong festival with very little downtime. Those with chronic pain or illness —including long COVID—may find attendance dangerously draining.

Hybrid events, with digital screeners, solve many of these access issues and the experience of the last 2 years proved the technology is up to the challenge.

So why have TIFF and many other major festivals, including Cannes and Venice, abandoned the hybrid model?

The reason, in part, is money.

A huge amount of the TIFF’s budget comes from ticket sales and the 2020 festival saw a 50 percent drop in revenue, with 48,280 public tickets sold, in-person and online, compared to 307,362 in 2019. (The festival is keen to point out that, in addition to screening far fewer films for the hybrid festivals, each online ticket typically represents multiple viewers.)

The full-capacity, sold-out Roy Thompson Hall and Princess of Wales theaters don’t just mean more box office. TIFF leverages its huge audience to attract corporate sponsorship, and in-person crowds sell better than the online masses. Sponsorship accounted for around $10 million (CAN$13.5 million) in earned revenue for TIFF in 2019. Last year it was just over $6 million (CAN$8.07 million).

After losing L’Oréal as a major festival sponsor —the French cosmetics giant “repositioned” at one of TIFF’s lower sponsorship tiers—the festival has been lucky to secure backing from Italian luxury brand Bvlgari, which joined RBC and Visa as TIFF’s three major sponsors for 2022.

The Canadian government also stepped in to help, providing TIFF with a $7.6 million (CAN$10 million) nonrepayable investment to keep the lights on.

“The pandemic years in 2020 and 2021 were especially challenging, not just a matter of in person or not in person, but just knowing the usual sources of revenue were incredibly challenged,” says Bailey. “We got through with significant support from the government and ongoing support from our partners that wasn’t always guaranteed.”

But, as with other big festivals, Toronto has realized that, after two years of virtual pitches and online market screenings, film executives are hungry for in-person meetings again.

“You need to have that direct contact, and to see how your movie plays in front of a real audience to judge its potential,” says Giona A. Nazzaro of the Locarno Film Festival, another A-list fest that shifted back to an in-person event this year. “We’ve found the hybrid model just doesn’t work.”

As the big film festivals return, the desire to improve access is coming up against financial demands from sponsors and the broader film industry. For the latter, it seems, there’s still nothing that can beat the appeal of those hundreds of strangers packed together in a dark cinema.