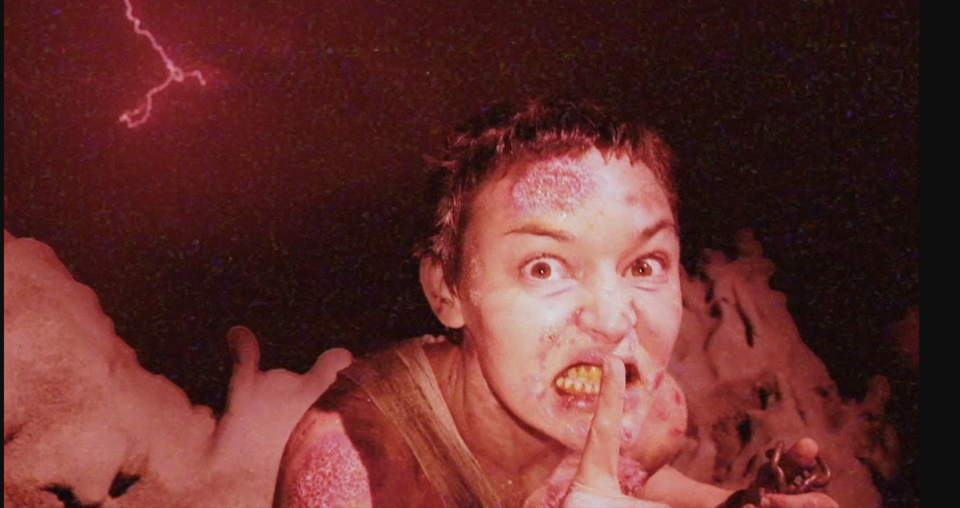 The first V/H/S was released in 2012 as an exciting new horror experiment. While horror is not strange to anthologies, the idea of giving talented writers and directors free rein to explore their passion for found footage and VHS culture is nothing short of brilliant. Even so, the first V/H/S was uneven at best, working more as a showcase of weird ideas than as a collection of gripping stories. The problem became more evident with 2013’s V/H/S/2 and 2014’s V/H/S: Viral, each making the franchise’s problems more apparent. Fortunately, producer Bloody Disgusting took a step back and decided to revamp the franchise with 2021’s V/H/S/94, by far the best movie in the series. Or at least it was because V/H/S/99 seems to have finally perfected the formula.

Like in V/H/S/94, all the segments of V/H/S/99 happen in the same year, which helps to create some connective tissue between wildly different horror stories. In V/H/S/99’s case, that means going back right before the new millennium, when skateboarding was still a widespread phenomenon, everyone was afraid of the millennium bug causing the apocalypse, and all the young people were hoping to launch the next CKY series.

More than casual references to an era long gone or background Easter eggs, the cultural landmarks of 1999 are at the center of most segments of V/H/S/99. That’s why the movie opens with Maggie Levin’s “Shredding” following a rock band in an age when punk rock was still playing on the radio. And Flying Lotus’ “Ozzy’s Dungeon” conjures a twisted and disgusting horror tale inspired by Legends of the Hidden Temple, giving a new gruesome reason for the show’s cancelation. Each director of V/H/S/99 did their homework, elevating V/H/S/99 from an anthology of random horror stories to a love letter to a specific year.

V/H/S/99’s thematic cohesion also speaks directly to the target audience of the franchise. While younger generations can still enjoy the creepy stories of every V/H/S installment, people who didn’t grow up with a VHS player cannot feel the same rush when they see the visual noise of cassette tapes being reproduced so perfectly. So, making each new V/H/S movie about a specific year when the cassette tapes still ruled the home movie market gives the audience more nostalgic hooks through which they can relive days long gone.

The most significant improvement of V/H/S/99 compared to the previous movies is the absence of an umbrella story. The first four V/H/S films had a major storyline that tried to give some supernatural origin for each of the horror stories featured in the movie. While the effort was commendable, the umbrella storyline was always the worst aspect of any V/H/S, breaking the flow of the experience without adding anything relevant. In V/H/S/99, however, we only get stop-motion animated shorts made by a character from Tyler MacIntyre’s “The Gawkers,” which is unrelated to other segments. Every V/H/S movie is just a collection of independent stories, and by owning this, V/H/S/99 has a clear advantage ahead of the previous films. Besides that, each animated short serves as a fun intermission that’s just there to give us a laugh before the next creepy story, allowing the viewer to breathe instead of asking him to remember every development of a fragmented umbrella storyline.

Of course, V/H/S/99 remains a horror anthology, which means we are bound to watch a few segments that are better than others. Johannes Roberts’ “Suicide Bid,” for example, delivers one of the most unnerving segments in the entire franchise by exploring the horrors of being buried alive. Vanessa & Joseph Winter, however, take the crown of the most entertaining segment with “To Hell And Back,” which shouldn’t be a surprise, as the couple already brought us Deadstream this year, a fantastic feature-length addition to the history of found footage horror.

It is worth noting, though, that even if some segments shine brighter than the whole, every story in V/H/S/99 has some deliciously twisted surprise for horror fans, and they are all well worth your time. The biggest star of the show is the creature design. The monsters introduced in each segment are nightmare-inducing, and both V/H/S’ Siren and V/H/S/94’s Raatma will have to face some new competitors for the position of best creature in the franchise.

V/H/S/99 still echoes some of the issues most anthologies face, as the rhythm of the movie depends on the pacing of each story. And at a 108 minutes runtime, V/H/S/99 might test the patience of some viewers. Still, this is the best the franchise ever gave us, and we can’t wait to see what new horror V/H/S/85 will bring us next year.