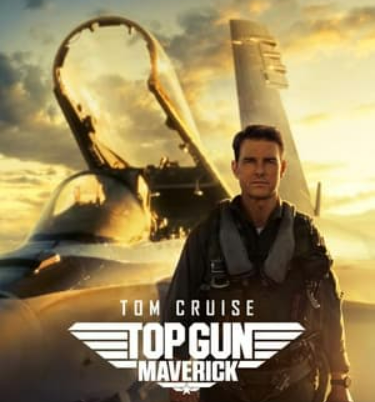 Thirty-six years after the release of Top Gun (Tony Scott, 1986), and twelve years since Paramount Pictures began developing the idea for the continuation of the story for the 1986 highest-grossing film, Tom Cruise is back in the sequel to Top Gun, Top Gun.

Directed by Joseph Kosinski – who previously directed Cruise for Oblivion (2013), this film is presented with an execution that feels much grander than its predecessor. In fact, with the story script written by Christopher McQuarrie – who now seems to be Cruise’s mainstay collaborator after serving as scriptwriter, director, and producer for films such as Edge of Tomorrow (Doug Liman, 2014), Jack Reacher: Never Go Back ( Edward Zwick, 2016), The Mummy (Alex Kurtzman, 2017), and the two Mission: Impossible series directed by McQuarrie, Mission: Impossible – Rogue Nation (2015) and Mission: Impossible: Fallout (2018) – with Ehren Kruger (Ghost in the Shell, 2017) and Eric Warren Singer (Only the Brave, 2017), Top Gun: Maverick managed to present themselves in an increasingly solid story quality setting.

With a gap of 36 years between this film and its predecessor, Top Gun: Maverick’s story script seems to be built on the essence of the characterization and story conflict that used to bring Top Gun to life. Starting from the character Captain Pete “Maverick” Mitchell is still depicted as a figure who always dares to oppose every decision of his superiors but always acts for the safety of his team members, the rivalry between the character Captain Pete “Maverick” Mitchell and Lieutenant Tom “Iceman” Kazansky (Val Kilmer) who formerly filling Top Gun’s timeline is now replicated by the rivalry between Lieutenant Bradley “Rooster” Bradshaw and Lieutenant Jake “Hangman” Seresin (Glen Powell), to the volleyball match scene which was once so popular (and has become a joke) thanks to its strong homoerotic impression. then replaced with a football match scene for this film. A clear familiar impression will be able to immediately build a nostalgic feel for Top Gun connoisseurs but will still be able to captivate audiences who come from the latest generation.

Top Gun: Maverick, of course, isn’t about the human characters. The action processing that comes from the story plot about a military mission provides an opportunity for Kosinski to show off his skills in processing and executing a series of amazing action scenes which is clearly one of the flagship presentations in the Top Gun film series. Forget about military mission plots that often feel immersed in confusing flight terms and appear

thanks to its shallow development. The plot is at least an intermediary for the presence of many action scenes that will succeed in flying every audience in a strong sense of suspense. Kosinski executed with class in a very classy audio and visual arrangement.

Cruise is one of Hollywood’s mainstay stars who always seems to know the best elements in his acting skills. In Top Gun: Maverick, Cruise once again demonstrates his shrewdness, making the tough character of his character so easy to steal sympathy and can even bring to life many of the dramatic components of the film’s storyline. Connelly’s, Teller’s, Powell’s, Hamm’s, to Ed Harris’ performances do provide solid support for the quality of the film’s acting department’s performances, but Cruise’s appearance and charisma are clearly in a class that grabs full attention. Top Gun: Maverick also provides a small space in its storytelling for the character of Admiral Tom “Iceman” Kazansky, played by Kilmer. Minimalist, simple, but shaped with a touch of story sensitivity that is so emotional.

Enjoy Every Game Online at Home