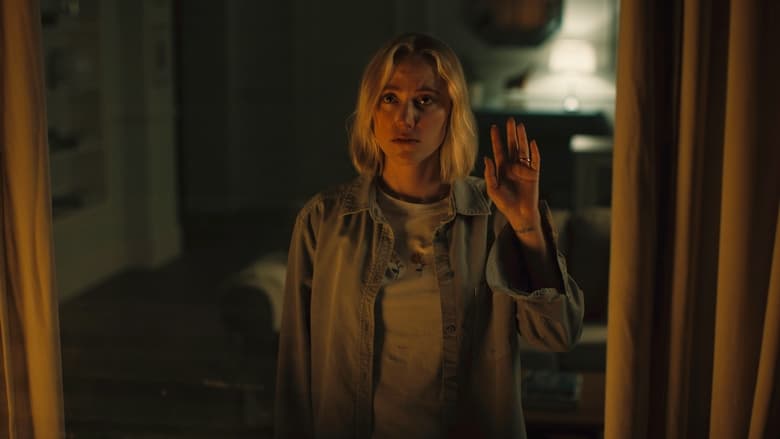 Anyone who’s read the stunning true story of “The Watcher” remembers it. Published in New York Magazine in November 2018, it’s the tale of 657 Boulevard, a Westfield, New Jersey address that was stalked by a mysterious stranger. Derek Broaddus and his wife Maria had found their dream house in 2014, but they quickly started receiving bizarre, threatening letters after moving in. The writer of the letters was clearly very familiar with the home and the lives of the Broadduses, including personal details that made it clear he or she was watching the house. Lines like “Do you know what lives in the walls of 657 Boulevard” and “Do you need to fill the house with the young blood I requested” naturally sent the Broadduses into a full-blown panic. You can spend hours going down online rabbit holes of theories as to who sent the notes, or just spend seven with Ryan Murphy and Ian Brennan and their highly fictionalized version of this crazy story, which is tonally adrift and clouds the impossible-to-believe events instead of illuminating them. There are so many themes that could be unpacked through the details of the true story of “The Watcher,” but Murphy and his team don’t trust the facts, adding more and more ridiculous twists with every episode, until the whole thing collapses under any suspension of disbelief. They’re not interested in character, mood, or anything really but a metronomic revealing of twists because they think that momentum is the only thing that will keep people … watching.

“The Watcher” is the kind of thing that would have been a network TV Movie of the Week in the ‘70s or ‘80s, which means it’s a Netflix original series now. And this one comes from one of the most prolific man in TV history, Ryan Murphy, following the success of “Dahmer – Monster: The Jeffrey Dahmer Story” and giving his fans another spooky season treat before “American Horror Story: NYC” next week. But Murphy and his team lack the wit and campy energy they once had. Compare this to Murphy’s massive franchise launcher, “American Horror Story: Murder House”—this should feel like an echo of that first season given it’s once again about an average family who move into a cursed home (although no rubber men in this one). And yet this project lags so much in comparison, failing to find the danger in its subject matter. Despite flashes of escapist camp, it’s an exercise in overwriting instead of anything that ever seems to reach for the creepy, unsettling instability that used to mark Murphy’s best projects.

The Broadduses have been reimagined as Nora (Naomi Watts) and Dean Brannock (Bobby Cannavale), who move into 657 Boulevard with two kids instead of the actual Broaddus three—although that’s only the first of dozens of changes to the true story. (Just a warning that almost none of this actually happened.) I generally have no problem with creators taking a true story and using it to build something artistically interesting, but “The Watcher” just keeps expanding and expanding, adding new rooms to this TV story in a way that’a haphazard and often unnecessary.

Almost every one of those developments comes via a lazy exposition dump from a private investigator named Theodora Birch, played unconvincingly by Noma Dumezweni, caught somewhere between serious mystery and camp. She helps guide the Brannocks through potential “Watcher Suspects.” Are the notes being sent by the nosy neighbors (Margo Martindale & Richard Kind)? How about the unsettling neighbor (Terry Kinney) and his conservative mother (Mia Farrow)? Could their realtor Karen (Jennifer Coolidge) be involved? How about the new security guy Dakota (Henry Hunter Hall)? And what if Dean himself is sending the notes to get out of a sale he can’t afford?

The first couple episodes of “The Watcher” set it up almost as a riff on “The Shining” or “The Amityville Horror” (as it should be really) in that it’s primarily about the unraveling of a patriarch more than an actual, tangible threat. “Dad, can you keep us safe?,” asks the youngest Brannock, and Cannavale sells Dean’s disintegrating confidence in his unconvincing answer to that question. It’s an interesting approach to this true story in that it becomes about vulnerability, especially the kind that erodes traditional male roles. Dean struggles at work and can’t satisfy or protect his wife. He learns that the other male inhabitants of 657 Boulevard went through similar trauma, one even leading to a family’s annihilation. The suggestion is that the modern suburban homeowner’s stability is dangerously fragile, the kind of thing that can destroy a family if it’s even looked at too closely.

However, like so many things in “The Watcher,” and a lot of Murphy’s work lately, these themes are merely thrown out onto the table with no insight behind them, and then pushed aside for a clutter of other ideas like Satanism, infidelity, hidden tunnels, and, well, home fetishization expressed through poetry (yes, seriously). Murphy has always been a provocateur, but the artistic thrust that drove his provocations seems to have been diffused by his workload, leading to a quantity over quality aesthetic.

The true story of “The Watcher” is a haunting one because of the primal fears it taps into. We all want to feel safe in our own homes. We all want to be able to tell our kids that we can protect them. And, especially in the era of true crime paranoia, we’re all probably a little more fearful of what’s going on in our neighbors’ homes. What exactly are they doing over there? And why are they looking out the window all the time? All of these themes or commonly shared fears could have been applied to the story of 657 Boulevard, but “The Watcher” is made by people who don’t trust their audience. They might get you to watch, but they didn’t take the time to make something worth remembering.

10 Slasher Movies Where Villains Appear Above