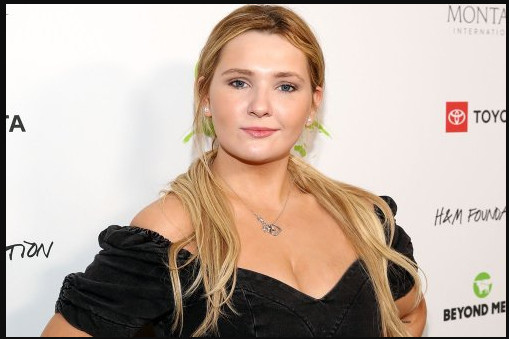 Abigail Breslin is shining a light on domestic violence.

“As a DV survivor, I felt compelled to write a little about my story,” Breslin posted. “I was in a very abusive relationship for close to two years. It all started out perfectly, I was so in love. Unfortunately, my abuser took advantage of my innocence and naïveté and the relationship subsequently became violent.”

Breslin shared that she was “beaten on a regular basis, locked into rooms, and forced to pretend everything was OK and normal while dealing with intense injuries” that “most people didn’t even see.” The “Accused” star wrote that she would cover up her injuries and bruises with makeup because she “still cared” for her abusive partner despite their “a plethora of put-downs, shaming, and harsh verbal abuse” that made her feel like she was “unworthy of anyone’s love.”

“I felt ugly and hated,” Breslin continued. “I felt like I deserved less than dirt. I was certain, there must be something inherently WRONG with ME.”

She called the two years dating her abuser the “loneliest I have ever felt.”

After leaving the relationship, Breslin thanked her friends and family for helping her cope. “I will forever be indebted to those closest to me for them not only assisting me but, BELIEVING me,” the “Zombieland” actress said. “I still occasionally have nightmares and certain things do still trigger me. I am still healing.”

Breslin concluded, “The aftermath of abuse is a complicated and individual experience. I hope sharing a bit more about my story at least helps some people feel a little bit less alone. If you are in an abusive relationship currently, you CAN get out of it. I know it seems impossible and terrifying, but you have survived so much and you CAN survive leaving if you have the right tools and support.”

The “Definitely, Maybe” star highlighted the work of the National Coalition Against Domestic Violence and linked to the organization in the post.

Breslin is not the first actress this year to speak out on domestic violence and emotional abuse. Anna Kendrick revealed she was psychologically abused by a former romantic partner. “My body still believes that it was my fault,” Kendrick said. “So even with this concrete jumping off point for me, to walk out of that relationship knowing that I wasn’t crazy, it’s incredible the way that recovery has been so challenging.”

The Time Has Come Book Review