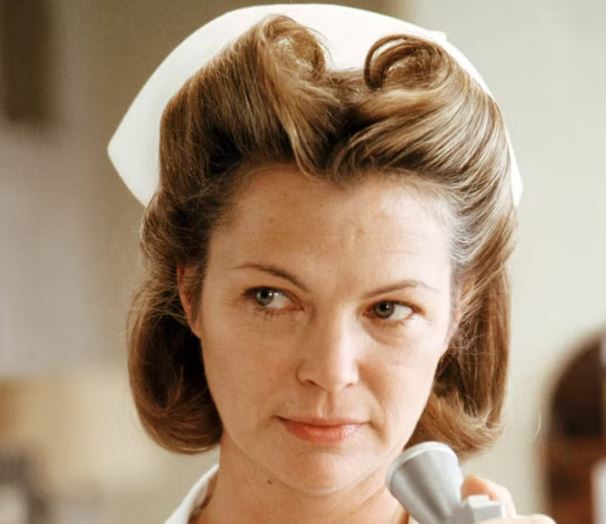 The actor Louise Fletcher, who has died aged 88, won the best actress Oscar in 1976 for her chilling and controlled performance in the film version of Ken Kesey’s countercultural novel One Flew Over the Cuckoo’s Nest.

As Nurse Ratched, who instils fear into the patients in a mental institution without ever raising her voice, she was calmly terrifying. The part had shades of the panto villain about it, but Fletcher permitted vital glimpses into the human control-freak beneath this worthy exterior, notably in her standoffs with Jack Nicholson as the rebellious anti-hero McMurphy.

She was 40 at the time and had only recently returned to acting after a long break. She auditioned repeatedly for the role, unaware that the producers were courting and being rebuffed by actors including Jane Fonda, Angela Lansbury and Ellen Burstyn. The director Miloš Forman envisaged the part as “the personification of evil”, but revised his opinion after casting Fletcher: “I slowly started to realise that it would be much more powerful if she doesn’t know that she’s evil. She, as a matter of fact, believes that she’s helping people.”

Sure enough, the most surprising quality to Fletcher’s performance is the subdued but palpable offence she takes when her orders are challenged. Even her outdated hairstyle was expressive—“a symbol that life had stopped for her a long time ago,” noted Fletcher. “She was so out of touch with her feelings that she had no joy in her life and no concept of the fact that she could be wrong. She delivered her care of her insane patients in a killing manner, but she was convinced she was right.”

Fletcher saw Nurse Ratched as a symbol of where the US had gone astray during the Richard Nixon years. “She was convinced that she had her world in order, and that for it to work properly it had to be in that order. The minute McMurphy arrived, things began to fall apart for her. And she couldn’t have that. She had enough power that her conviction could have consequences – and that’s where I felt we were in the world at the time, too. The film was all about who has the power and how they use it, and how absolute power absolutely corrupts.”

Accepting her Oscar, Fletcher ended her speech by using sign language to thank her parents, both of whom were deaf – her mother following a childhood illness at six months old and her father after being struck by lightning aged four.

Fletcher was born in Birmingham, Alabama, one of four hearing siblings, to the Rev Robert Capers, who organised more than 40 congregations for deaf people, and Estelle (nee Caldwell), who raised the family and also worked with hearing-impaired people. “I grew up as a parent to my parents,” Fletcher said. Her first memory was of “crawling into my parents’ bed in the middle of the night to spell out on my father’s hand that I was ill.”

Each of the couple’s children spent a year with an aunt in Texas to enable them to learn to speak. Even so, Fletcher did not use her voice fully until the age of eight and was once sent home by schoolteachers who were convinced she was deaf.

She studied drama at the University of North Carolina, after which she moved to Los Angeles and began winning parts in the late 1950s on television series including Maverick, Lawman and The Untouchables. In 1960 she married the producer Jerry Bick and quit acting in order to raise their two sons.

The family moved to London in 1967. In the early 70s, Fletcher tried to return to acting but was told by Hollywood agents that she had no chance of finding work. Robert Altman persuaded Fletcher to star in his gentle Prohibition-era crime drama Thieves Like Us (1974), produced by Bick; she was reluctant at first, fearing it would look like nepotism.

Her relationship with her parents provided the inspiration for the choir singer shown raising two deaf children in Altman’s next film, Nashville (1975). Fletcher was the director’s natural choice to play the role. But Altman balked at Bick’s insistence that his wife could only participate if he could also be on board as a producer, and gave the part instead to Lily Tomlin.

Around the same time, Thieves Like Us brought Fletcher to the attention of Forman. “You can call it luck or fate that I met Miloš,” she said, “but it would have been useless if I hadn’t been ready.” In the aftermath of her Oscar win, she turned down the role of the evangelical mother in Carrie (1976) but accepted parts in the ill-fated horror sequel Exorcist II: The Heretic (1977) and the comedy The Cheap Detective (1978).

She also appeared in the thriller Brainstorm and the science-fiction homage Strange Invaders (both 1983), the Stephen King adaptation Firestarter (1984), the romantic comedy Nobody’s Fool (1986) and an adaptation of Virginia Andrews’s bestselling novel Flowers in the Attic (1987), in which she played another tyrannical matriarch figure.

Though Fletcher never again received a part as memorable as Nurse Ratched, she continued to act throughout her life. Among her notable recent work was the role of Frank Gallagher’s tough-cookie mother serving a manslaughter sentence in the US version of the hit Channel 4 comedy-drama Shameless (2011-12).

Fletcher and Bick divorced in 1977. She is survived by their two sons, John and Andrew.

If you are food desire observing Daenerys Targaryen once once more