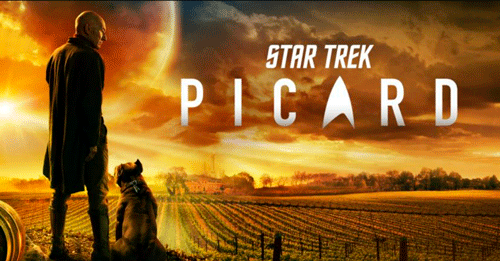 Patrick Stewart got to step back into one of his most iconic roles in 2020, with the release of Star Trek: Picard on CBS All Access (now Paramount+).

The TV series sees one of the Star Trek Universe’s most popular characters – Captain Jean Luc Picard – forced back into action after he resigned from Starfleet and spent a decade running his family winery. The first season dealt with the destruction of Romulus and a conspiracy involving synthetic humans, but that plot wrapped up pretty neatly at the end, which means the second season will go into uncharted space.

There’s also a laundry list of Picard’s old friends and shipmates who returned for the first season and may be back again for the second season. In fact, the biggest news regarding season two includes the return of a powerful villain in the Star Trek Universe.

Here’s what you need to know.

What to expect from Picard season 2
The first season of Star Trek: Picard dealt with two events that were actually holdovers from different Star Trek films in the past: Data’s death in 2002’s Star Trek: Nemesis (which Picard struggled with throughout the first season), and the destruction of Romulus in 2009’s Star Trek (which was used to introduce the synthetic humans that helped prevent the rescue of Romulan refugees and ultimately set the stage for Picard to resign from Star Fleet).

The synths are subject to a ban, and Picard is pushed to help them because of two synthetic twins that are related to his old friend Data. Spoiler alert: This all culminates in Picard finding the home of Data’s original creator and himself becoming a synthetic at the end of season one to prevent his own death. This brings us to where we last left Picard – blasting off on the ship La Sirena with a new makeshift crew, heading toward whatever new adventure awaits.

According to trailers, season two will follow a time travel plot in which Jean-Luc and the La Sirena crew go to 21st Century Earth to undo a hellish future.

Q
It has been announced that John De Lancie’s God-like being, Q, will make an appearance in this second season of Picard – and the first teaser even shows Q returning to Picard and telling him how he’s missed him. We don’t know much else about the character’s return, but Q’s longstanding relationship with Picard from The Next Generation series, including his role in introducing humanity to the Borg Collective, means that Q could be critical to this season’s plot.

Guinan
Perhaps the greatest aspect to the first season of Picard was catching up with old characters like Jonathan Frakes’ William Riker and Marina Sirtis’ Deanna Troi. The second season is setting up for more of the same – with Whoopi Golberg’s character Guinan set to return.

Brent Spiner
Brent Spiner was initially hesitant to return as Data for the first season of Picard because he thought his age might make the age-less synthetic character feel off, but he did so for a few select scenes appearing in Picard’s consciousness. As part of the first season, though, he also played another character, Altan Inigo Soong, the son of Data’s creator Noonian Soong and Data’s human brother. Stewart seemed to let slip that Spiner will return for season two.

Seven of Nine
The first teaser trailer showed Jeri Ryan’s Borg survivor Seven of Nine waking confused without any cyborg technology from her time spent as a member of the Borg Collective. It could be a small glimpse at how Q will affect the world around Picard in the new season.

Who stars in Picard season 2?
Terry Matalas is set to take over from Michael Chabon as showrunner for the second season of Picard. Chabon will stay on as a writer and producer, however.

Meanwhile, Jonathan Frakes has been selected to direct two episodes of the next season. It’s unclear whether Frakes will get to reprise his role as William Riker.

Here’s a breakdown of the confirmed cast for season two of Star Trek Picard:

Where can you stream Picard season 2?

US
Picard is taking Discovery’s Thursday timeslot on Paramount+.

UK and other international markets
Amazon Prime Video will be Picard’s home in the UK, with new episodes airing a day later starting on 4 March 2022.

In Canada, season 2 will be available on Crave.

Are there any Picard season 2 trailers?
Of course!

How to catch up and be ready for Picard season 2
In order to be fully prepared to watch season two, you really should watch season one. You can stream it on Paramount+ or buy it on DVD if you prefer.

There Are Many Pathways to Success for Actors