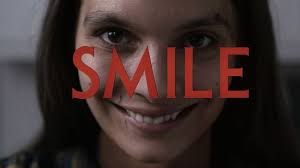 With regard to the premiere of the movie “Smile”, we briefly review how laughter has been used -from the Joker to “Psycho”– as an expression to convey evil or terror.
“Deadpool 3″ will be released in September 2024 and will star Hugh Jackman as Wolverine
“The Restoration” – Win tickets to the premiere of the up-and-coming black comedy.

The smile, the most pleasant gesture of the human face, can take on disturbing nuances if it is associated with perversity. And it is not an uncommon irony, worth truths. We have all witnessed at some point in our lives those fake smiles that hide deep down issues such as cynicism, betrayal and even psychopathy.

It is with this disconcerting contrast that the psychological horror film “Sonríe” (“Smile”, 2022) plays, which hits the Peruvian billboard this Thursday. Focusing on a therapist (Sosie Bacon) who must deal with a series of strange cases, the film shows a series of characters with a smile plastered on their faces, in a gesture that for some reason anticipates a deadly consequence.

Now, is the resource of using laughter or smiles to emphasize the sinister nature of a character new? No way. A few years ago, the movie “Truth or Dare” used a similar resource, although with rather poor and not very shocking results (in addition to a grotesque use of digital technology on the faces of its protagonists).

To begin to recall some of the best examples, think of the case of Stanley Kubrick. The legendary filmmaker, a specialist in exploring the reaches of evil, used to show crazy characters with a smile on his lips: Malcolm McDowell’s Alex DeLarge in “A Clockwork Orange”, Jack Torrance played by Jack Nicholson in “The Shining” and Gomer Pyle (Vincent D’Onofrio) in “Full Metal Jacket” are just three cases.

Since we mentioned the great Jack Nicholson, it is impossible not to associate him with his histrionic smile. An expressive attribute that, together with his remarkable acting talent, has given us notable moments in other films such as Milos Forman’s “Trapped with No Exit” or Tim Burton’s “Batman”, where he embodied what many continue to be the best version of the Joker. .

The Joker’s laugh, by the way, is also one of the most iconic in the world of cinema. And although everyone will have their favourite, we cannot fail to mention Heath Ledger in “The Dark Knight” (with his memorable “Why so serious?”) or more recently Joaquin Phoenix in Todd Philips’ “Joker”, where emphasizes that his laugh responds to a neurological disorder.

In the category of clowns –always so disturbing in their comic facet– we cannot fail to mention the Pennywise from “It”, especially in its 1990 adaptation. With less paint but more plastic, the devilish doll from the movie “Chucky ” also scared a whole generation (or maybe more than one) with his particular battery-powered laugh. And of course, the Freddy Krueger of “A Nightmare on Elm Street” was another one who gloated with a smile on his face marked by burns.

But not all of these laughs require large amounts of makeup or exaggerated gesticulations. There are more subtle and yet – or perhaps precisely because of it – much more terrifying. Two mentions: the smile with a penetrating gaze of the unforgettable Hannibal Lecter who played Anthony Hopkins in “The Silence of the Lambs”, capable of frightening the most impassive spectator; and that of another Anthony, Anthony Perkins, as Norman Bates in the iconic scene from “Psycho”: perhaps the winner in this brief genealogy of sinister smiles on the big screen.