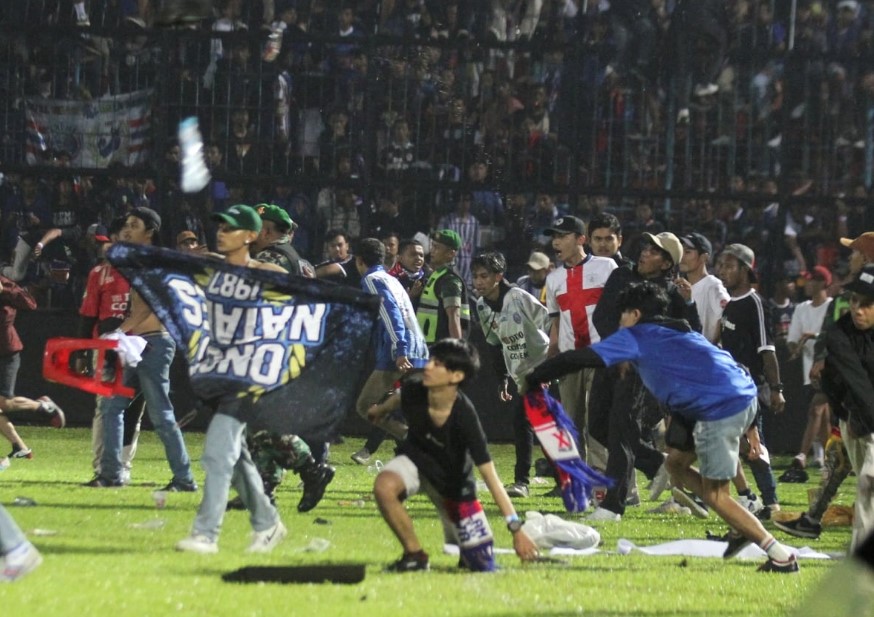 Our thoughts and prayers go out to those who were killed or wounded in the post-match tragedy at Kanjuruhan Stadium in Malang, East Java, on Saturday. The death toll, which had reached 125 as of the time of writing, has made the incident the most lethal soccer tragedy this century.

The most troubling part is that we could have been spared this disaster if the police had avoided such excessive, needless force. A thorough investigation into the incident, as President Joko “Jokowi” Widodo has instructed, is a must. Someone must be held accountable for this dark episode in Indonesian soccer, and if necessary, those responsible must stand trial so that the truth comes out and others are deterred from committing the same fatal mistake in the future.

The fact that Arema FC fans stormed the pitch to vent their frustration with their team’s 2-3 defeat to archrival Persebaya Surabaya does nothing to justify the police’s disproportionate and inflammatory response. The incident has come on the heels of the police’s scandalous cover-up of a high-profile murder involving a two-star general, which has resulted in mounting pressure for the force to be thoroughly reformed. This latest incident bolsters critics’ arguments.

The consequences of the Malang tragedy will be far-reaching. President Joko “Jokowi” Widodo has already ordered the suspension of the Indonesian Premier League until the completion of the investigation into the tragedy, and the country is in danger of being banned from competing in or hosting any international competitions, including the FIFA World Cup U-20 next year, chiefly over the use of tear gas, which is strictly banned under FIFA regulations.

Even if Indonesia escapes punishment, the Malang incident has raised many concerns about the competence of our police force in dealing with soccer fans, especially in potentially high-tempered matches such as Saturday’s Arema FC-Persebaya encounter. The investigation should focus on why the police fired tear gas to disperse the crowd despite the FIFA ban. Video footage and the testimony of survivors showed that the tear gas fired at the crowd stirred chaos.

A stampede followed as men and women, children and adults scrambled to escape the painful fumes, but many found their exit blocked. What happened this weekend at Kanjuruhan Stadium was a near repeat of the deadliest soccer match in history, when 328 people were killed during an Olympic qualification match between Peru and Argentina at Estadio Nacional in Lima on May 24, 1964.

Then, too, the police fired tear gas into the crowd. The National Police insist that they followed standard operating procedures, including in their use of tear gas. This only indicates that they were unaware of – or willingly defied – Article 19 of FIFA’s Stadium Safety and Security Regulation, which forbids firearms and tear gas in the handling of crowds inside a stadium.

To ensure the credibility of the investigation, the government should form an independent team, rather than entrusting the job to the police. We should learn from the police’s probe into the murder involving general Ferdy Sambo, which has done little to win back public trust in the institution. Turning a stadium into a killing field is indeed a grave crime.

‘Smile’ Review: Yes, It’s As Creepy As The Trailer