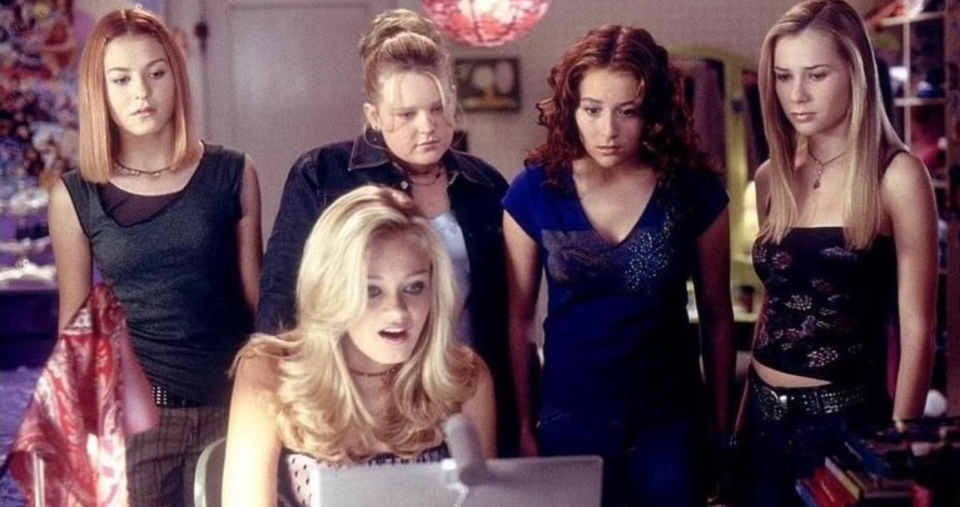 This article will look at how infamous actors like Larson and Carrell made Sleepover, while analyzing the many problematic portrayals in the film.

Revisiting an early 2000s film can bring many shocks. For one, there is the inclusion of many problematic scenes. Another bizarre experience would be seeing some of the brilliant actors of the present day portraying some very dislikable side characters. Joe Nussbaum’s 2004 teen comedy, Sleepover, brings out both of these elements. While the movie has some positive features like a relatable protagonist and some amazing friendships, there are still some cringy moments.

Sleepover is one of those movies that a viewer might watch once and move on. Nonetheless, revisiting it can be quite fun. Especially since you get to see some unexpected faces. So, this article will look at how infamous actors like Steve Carrell and Brie Larson made it in Sleepover, while analyzing the many problematic portrayals in the movie.

Almost every single early 2000s rom-coms tended to have the mean girl trope. Of course, none might be able to beat the classic mean girl in Mean Girls, played by Rachel McAdams. However, Sleepover takes a very similar approach by adding in Sara Paxton to play the role of Staci and Brie Larson to play Staci’s friend, Liz. While Liz has very small screen time, she ensures she takes the maximum advantage of it by bullying the protagonist and her friends. Out of them all, Yancy (Kallie Flynn Childress) seems to be the one that gets picked on easily. The reason is, of course, her weight. The idea of targeting “fatness” as the source of bullying is problematic on so many levels. Thus, even if the film tries to portray Liz as a mean girl, a different approach would have been less problematic.

The film goes on to show how Yancy herself is not happy about her weight. It is definitely heartbreaking to see such a young girl be conscious about her body simply due to society’s instance body standards. Even if the film ends by introducing Yancy to a nice dude, who is also seemingly not happy about his weight, it is still very problematic.

Steve Carrell might be one comedic hero of the present; however, Sleepover is one place where his comedic ingenious failed. Officer Sherman Shiner seems to be a character introduced purely to invoke humor but he comes off as a creepy stalker who seems to be following the protagonist and her friends just to catch them in some “unethical” act. Of course, there might be brief moments where Carrell’s character brings in the comedic element. Yet again, it just seems to be one character that is so out of place.

Alexa Vega as the Protagonist; Relatable but Problematic

One thing that Julie Corky, Vega’s character, brings into the film is her relatable nature. Just like many teens, she has her close-set of friends and is going through some life-changing decisions. Nonetheless, there are some very problematic elements to this character. One is that she is yet another protagonist obsessed with the idea of becoming popular. This is not only damaging as it portrays a toxic picture of what people should be concerned about, but it also illustrates the idea of how popularity is one crucial element for one’s life to be successful, which is blatantly false.

Another feature that makes Julie problematic is how she is obsessed with the cool and popular dude, Steve (Sean Faris). This obsession of these girls goes to the extent that Julie breaks into his house to steal his boxers. On top of it being extremely uncomfortable, it also makes one think about what the situation would have been like if the roles were reversed. Either way, it is definitely a violation of somebody’s privacy and thus, it is undeniably a toxic portrayal of “fun challenges”.