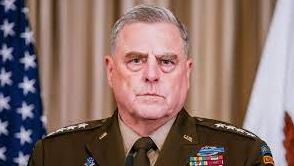 Former President Donald Trump’s allies in Congress are planning to use congressional investigations to put the spotlight on one of his most prominent critics — the chairman of the Joint Chiefs of Staff, Gen. Mark Milley — should Republicans take control of the House in November’s midterms, say six people familiar with the plans.

The plans include launching multiple lines of oversight that would position Republicans to grill Milley. They would cover the U.S. withdrawal from Afghanistan, criticism that the military has become too “woke” during Milley’s tenure, and questions about military readiness that would focus on how he’s spending his time.

“For our members, he is a big lightning rod,” said a Republican familiar with the House GOP plans. “Republicans want answers on a lot of things, and Mark Milley, because of his position and public comments, including in books, is the person to answer.”

Milley has also been vilified by conservative media personalities like Tucker Carlson of Fox News, who has called him “stupid” and “a pig” and accused him of treason. And one Republican House candidate called for Milley to be executed on live television.

Over the past year, according to U.S. defense officials, Milley has received dozens of death threats from Trump supporters.

The officials said threats against Milley began after he defended a course at the U.S. Military Academy at West Point involving critical race theory by arguing that leaders need to understand different viewpoints and invoking the Jan. 6 attack on the Capitol.

“I want to understand white rage, and I’m white,” Milley said during congressional testimony last June. “So, what is it that caused thousands of people to assault this building and try to overturn the Constitution of the United States of America? What caused that? I want to find that out.”

Since President Joe Biden took office, Milley has been cast in several books about the Trump administration as a sharp critic of the former president.

In the books, for which Milley did hours of interviews, he is cited as defying some of Trump’s orders and comparing his actions to those of Hitler.

Two defense officials said Milley is aware of the GOP plans to investigate his actions, though he isn’t taking any additional steps to prepare for the oversight. The officials said such investigations could escalate threats against him, as well as other military leaders.

A spokesperson for House Minority Leader Kevin McCarthy, R-Calif., said the Pentagon would be part of investigations if the GOP wins in November, and the top Republicans on the House Armed Services and Intelligence committees have requested that the Biden administration preserve documents relating to the Afghanistan withdrawal.

“If House Republicans are entrusted with the majority, we will conduct thorough oversight of the Biden administration’s actions and that includes those of the Department of Defense,” Mark Bednar said.

Some of Trump’s congressional allies view Milley’s criticisms of the former president, including that Trump was in mental decline and irreparably harming the country, as insubordinate and disrespectful of the commander in chief he was supposed to serve, according to Republicans familiar with the plans for the investigations.

They plan to argue that Milley was contemptuous and trying to seize Trump’s military authority or powers, they said.

“President Trump was his boss, his commander in chief, and Milley was his subordinate. Milley’s role is to provide his military advice and then carry out his orders, not undermine the president when he disagreed with him,” according to a second Republican familiar with the plans.

In “I Alone Can Fix It: Donald J. Trump’s Catastrophic Final Year,” by Washington Post reporters Carol Leonnig and Philip Rucker, Milley is quoted as telling aides he was concerned Trump would stage a coup after the 2020 election, referring to Hitler and saying, “This is a Reichstag moment.”

Milley was similarly cast as a critic of Trump in Bob Woodward and Robert Costa’s book “Peril.” In it, Milley is quoted as telling former first lady Michelle Obama at Biden’s January inauguration, which Trump did not attend, that while she couldn’t see it behind his mask, “No one has a bigger smile today than I do.”

On Afghanistan, Republicans plan to press Milley on two aspects of the U.S. withdrawal: his role in shaping the conditions for the troops to leave, and whether he did enough to prepare for the effort, according to the Republicans familiar with the planning.

Joint Staff spokesperson Col. Dave Butler said the Joint Staff “welcome further review of Afghanistan, adding that the Pentagon “recently completed an after-action review and we are going to fully cooperate with Congress’ Commission on Afghanistan.”

He said the chairman has not been contacted by any member of Congress about any pending testimony or new questions, saying “he considers it his responsibility to keep our lawmakers informed.”

“The chairman has answered every single question by any member of Congress either in person or in writing,” Butler said. “He has answered hundreds of written questions, he’s testified dozens of times in closed, classified sessions, and publicly. He has never refused a request from Congress to testify.”