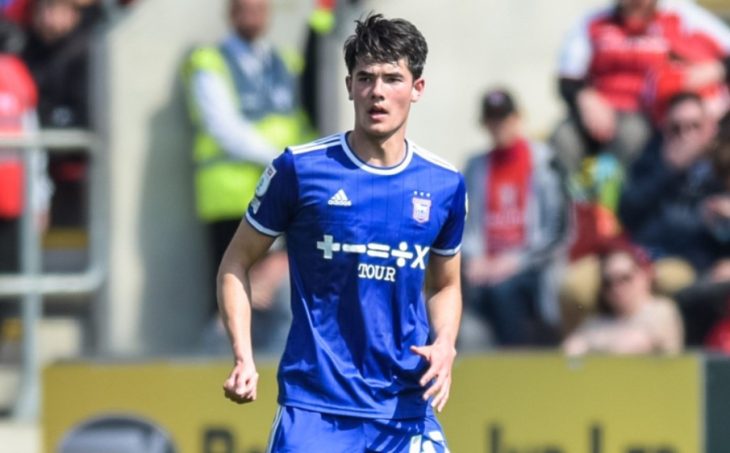 Elkan Baggott is interested in playing for an Indonesian club. But that will be later, at the end of his career, because he still wants to focus on playing in England with his club. Baggott is listed as an Ipswich Town player, which is a participant in the Championship or third level competition in England. Currently, he is on loan at another English club, Gillingham.

With Gillingham, he had enough opportunities to play. So far he has recorded 9 appearances or always played from 9 weeks of the 2022/2023 League Two competition.

Playing in England, Elkan Baggott had a chance to improve his fate. It is possible that he could move to a club that competes at a higher level. Apart from that, he did not rule out playing in Indonesia. It’s just, he won’t be doing it anytime soon.

“I’ve been thinking about this for the end of my career. One day I want to do it (play in Indonesia). But for now I want to focus on a career in England,” said Baggott, quoted from podcast 433. “I want to try to stay here (England) and try to get to the top level. But maybe at a later stage, at the end of my career. Maybe that’s something I will do,” he said.

Baggott’s interest in playing in Indonesia is inseparable from the domestic football culture. People’s love for football is one that amazed him. One of them he highlighted the rivalry between Persib Bandung and Persija Jakarta. The two clubs have been fighting for a long time, even to the extent of going too far with many casualties falling from the supporters of both clubs.

“It’s crazy, they are all so passionate (to football). I also heard crazy stories, there was the involvement of tanks (tactical vehicles) and others,” said the player who was projected to play in the U-20 World Cup about Persib Vs Persija. “It shows how passionate they are the fans and how excited they are to see their team win by supporting their team as much as they can,” said Elkan Baggott.

Ryan Sessegnon reveals Antonio Conte’s training methods are so physically torturous. Conte asked Tottenham Hotspur players to run up to 9 km. Antonio Conte has been able to improve Tottenham Hotspur’s performance since his arrival in November last year replacing Nuno Espirito Santo in the manager’s chair. He was able to bring The Lilywhites to 4th place in the Premier League last season.

This season, Tottenham under Conte is still consistent. They are third in the Premier League standings with 17 points, just one point behind Arsenal at the top of the table. Conte’s training method, which focuses heavily on physicality, is the key to the performance of the Spurs players. Although at first it was clearly very tormenting the players.

Conte and Tottenham physicist Gian Piero Ventrone devised a training method that forced players to run a lot. Tottenham pillar Ryan Sessegnon revealed that the players had to run up to 9 km in one training session. “Other managers I have at Spurs are a bit more relaxed in training. With this coach, even if we do things tactical, it’s still physically difficult,” Sessegnon said, quoted by The Sun.

“Longer runs, difficult distances – running eight or nine km in training three days before the game. It’s difficult but your body adapts. Then when you’re on the pitch it benefits you. I feel the whole team is stronger, can be stronger from other teams.”

Conte’s training method is said to have left Son Heung-min lying down and Harry Kane vomiting from exhaustion at the beginning. This is said to have happened when Tottenham underwent pre-season in South Korea.