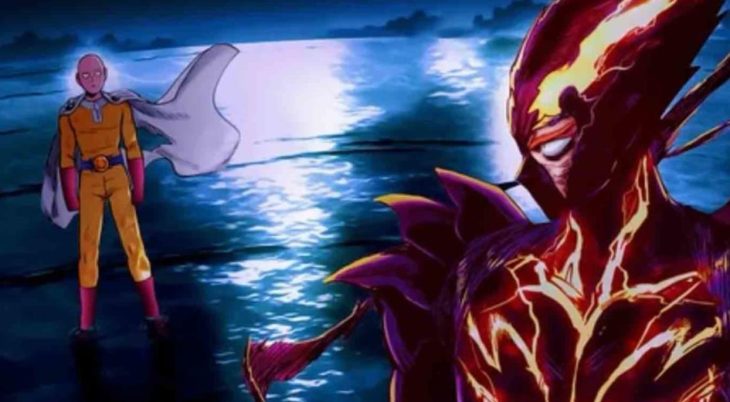 Saitama’s return to the past and time travel is a big surprise in the One Punch Man manga series. The reason is, after hundreds of chapters, no one thought that there would be something like that in the story. So far, the series has only focused on fighting heroes and monsters and the figure of Saitama.

As in the real world, time travel changes something that should have happened. In his own story, Saitama managed to change Garou’s figure to become a better character. However, it turns out that the effect of time travel is not only that. There are various other events that are changed or canceled due to the passage of time. Anything?

No Fight Against Blast

One of the interesting things that comes up when Garou gets God’s power is how he fights the number one hero, Blast. He was worried about the condition of the earth which was in an unstable condition. And luckily, he came just in time to try to stop Garou. Unfortunately, his attempt failed where Garou actually attacked Blast.

Their fight was unavoidable. What’s interesting is that Blast seems quite overwhelmed by Garou. Whether God’s power is really that great or Blast seems to have no idea and is not ready to face Garou with God’s power is still unknown to us. With Saitama time-traveling before Garou kicks in, this fight never happens.

Garou feels dissatisfied in his fight against Saitama, as he doesn’t muster all his strength. And finally, Garou took an unexpected action, which was to kill Genos. Ironically, he did this in front of Saitama. Inevitably it also made Saitama furious and angry that finally the fight between the two became serious.

Saitama finally mustered up all his strength, to which Garou was finally satisfied. They also had a chance to clash, which fortunately Blast was able to move both of them at the right time. According to Blast, if it is too late, the effect that appears is destruction for the earth. However, in the end this moment never happened after Saitama time travel.

The proof of Garou’s prowess with God’s cosmic power is where he uses the Nuclear Fission Fist and Gamma Ray Burst techniques. Garou suspects that those two attacks are enough to defeat Saitama, which is the opposite. However, there is an effect that then appears after the attack which is none other than cosmic radiation. We can see this from the color of the rain water that turns black.

Then, the effects of the cosmic radiation killed almost everyone and the heroes including Tareo. However, what’s interesting is that even though Saitama returned to the moment after Garou launched those two attacks, no cosmic radiation effects appeared. There is still no definite explanation regarding this, but the heroes themselves were finally able to survive.

The Battle Against Saitama

The fight between Garou and Saitama is one of the most anticipated battles by fans. And finally, this battle took place at the end of the Monster Association arc. In the previous chapter it appears that Garou gets help from God, where he receives his power. With this power Garou was able to match him, even if only temporarily.

In fact, the more Garou tries to imitate Saitama, the stronger Saitama’s power becomes. Finally, he had to admit defeat. And Garou is also the one who sent Saitama to the past and asked him to stop his evil figure. And when Saitama finally returns to the past, it means that the epic battle that happened between the two never happened.

In addition to the moment of the battle against Saitama, another epic thing that became the focus of the fans was the death of Genos. As mentioned above, in order to make Saitama fight seriously Garou finally had the heart to kill Genos. And it proved to be able to make Saitama finally take Garou seriously. The death really affected Saitama’s figure.

This can be seen how Saitama continues to hold the core of Genos’s reactor throughout his fight against Garou. In fact, he continued to hold onto it until he returned to the past. As a result of this, Genos did not end up dead. And he also knows what really happened after seeing the memory or memories of the reactor core.

Like in other fictional stories, time travel really changes what happens. In this case, various terrible events that should have happened in the end were canceled or failed to happen. Of course, this completely changes the storyline as well as the moments that follow. We look forward to the continuation of the story in the next chapter.