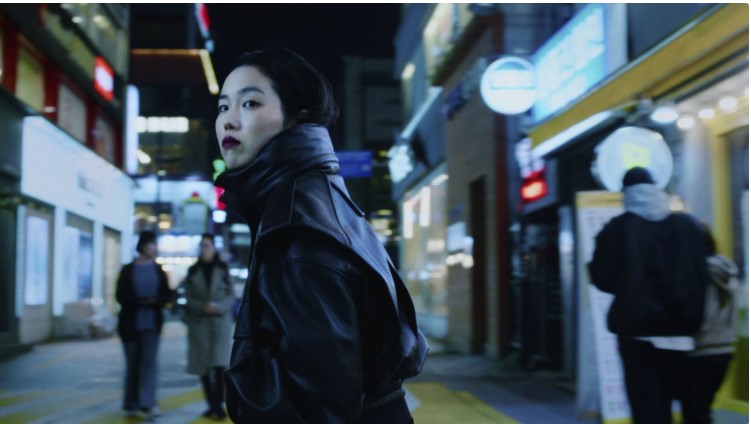 It’s always a thorough disappointment when you’ve sat through a lovely movie in a mostly empty theatre and then you watch it fill up with people for the big-ticket item that follows. That happened at this year’s New York Film Festival when Davy Chou’s asymmetrical “Return to Seoul” received a poor showing minutes before a full house walked up for Maria Schrader’s enervating and pointless “She Said.” “Return to Seoul” is a fascinating time because it seems to want to say gentle and honest things about life with a secondhand identity but keeps bursting into darker ideas like the Kool-Aid Man interrupting a funeral. The impression one is left with is rather like director Chou doesn’t actually know how good he is. After an excellent and pointedly Godardian opening in which Freddie (Park Ji-Min) our hero, arrives at a hostel in Seoul and makes friends with some locals in a hurry, the film slows to a too respectable (hungover might be a better word) crawl so she can meet her biological father (Oh Kwang-Rok) and the family he made since giving Freddie up for adoption.

Freddie makes it clear that she doesn’t want the life her father wants for her now that they’ve reconnected. Just when it seems like there must be some change between them, the film jumps forward in time two years, once again reintroducing Chou’s razor-wire camera from the opening and his eye for gritty details. But this too fades again as the film slows down, then ramps up, then slows down, etc. Chou’s only real crime is he finds everything about Freddie’s life equally interesting (it’s his movie, why wouldn’t he?) until he doesn’t (hence the ellipses) but he doesn’t bring the same focus and style to each section. The family stuff plays out like a very polite, depressive drama. The bits where Freddie hops beds and becomes an arms dealer? That’s all in some netherworld that simply shocks everything else it touches like the third rail.

Still, these are interesting problems to have, and it figures that a movie that’s about translating languages and identities should itself seem to get lost in translation. The big picture morality of Freddie arming South Korea against potential invaders is reflected in her own defense of her heart, but the film is only prepared for the little battles, not the big ones, which means her erstwhile Graham Greene lifestyle never finds purchase in the narrative, though the form screams for its implications. There’s a gorgeous pop song by Junghwa Lee that crops up three times throughout the movie that is also the movie’s troubles in a nutshell. The song always sounds like it’s coming through headphones. It wants to explode. Chou never allows himself to do the same, and so the film never becomes its ideal self.

Nevertheless, I missed this film’s oblong heartbeat the second “She Said” started. If I could simply say “don’t see it” and call it a day I would, but that’s hardly the critic’s job, is it? It’s not even that the film is made up entirely of indifferently captured coverage of its cast of characters getting into cars, driving cars, getting out of cars, walking to lunches, pretending to type, getting cabs, taking trains, getting into still more cars (cut the plot and dialogue and you’d have a hell of a post-structuralist work on your hands here)—it’s that the movie, its writer, producers, director, and cast have all already done the work of explaining this project’s import for you. What need is there for a critic to say how very brave and important this movie is when every five minutes one of the characters helpfully says it for you? And then an ending crawl reminds us after this glorified Zoom call of a movie just how important the investigation at the heart of the movie really was.

Here’s the thing: Yes, it’s absolutely true that the work done by New York Times reporters Megan Twohey and Jodi Kantor was a crucial first step to outing Harvey Weinstein and eventually seeing him behind bars. The trouble is it’s difficult to make the case that it’s had the lasting impact the movie claims it has. After all who produced it? Brad Pitt, currently battling domestic abuse allegations. Just about every famous man who got called out for sexual abuse, bigotry, or battery in the wake of the Weinstein investigation is still working. David O. Russell has a movie out with Taylor Swift in it. Louis CK won a Grammy this year. Mel Gibson’s got seven movies on the horizon. No one in Hollywood actually gets held accountable.

So making a movie in which Zoe Kazan bursts into tears when Ashley Judd (playing herself—odd choice considering the vast array of terrible celebrity impressions all throughout) agrees to go on the record feels like celebrating sometime after the starting gun and before the second leg of the race. “As a mother and a Christian,” Judd says, she must do the right thing. Presumably that’s also why she agreed to be in this artless Wikipedia entry of an Oscar competitor.

I think everyone who came forward to tell their stories should be rewarded with better work than this, which grasps desperately for Alan J. Pakula and manages a blurry cellphone image of his work. “The Assistant” said all this a few years back imperfectly, sure, but succinctly; we don’t need a movie that zooms in on a word document like it’s uncovered the missing Kennedy assailant, mistaking grandiloquence for import, trying and miserably failing to do the same. Everyone who’s going to see this movie knows how it ends, and I’d be shocked if there’s anyone who gets surprised along the way.

What’s It Like to Live in a Famous Movie House?