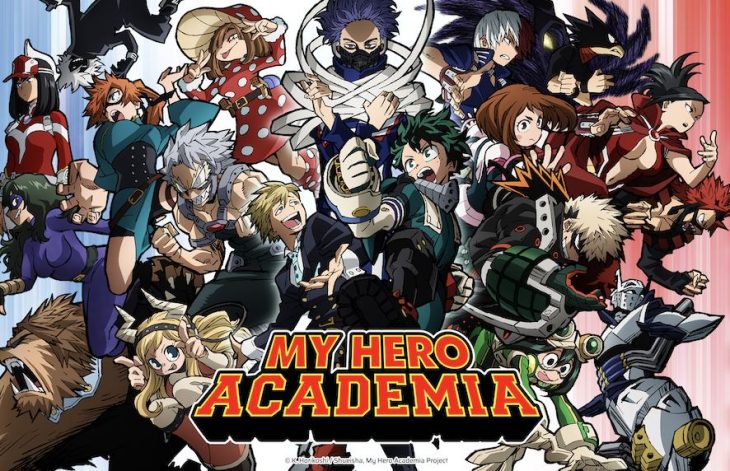 Students at the U.A. Academy in the anime My Hero Academia is indeed trained to be a hero or as a supporter. U.A. Academy He was also told that he was quite selective in choosing his students and making sure they matched the standards that had been set. If we glance towards the hero direction, there are so many students with different Quirks who excel in combat.

Well, this time, the author will specifically discuss five characters of U.A. students. which has the most attack power. Their quirks are also very suitable to fight in open areas so even opponents will definitely be overwhelmed if they face them. Without further ado, let’s take a look at the reviews below!

Having a half ice and half fire Quirk, Shoto Todoroki is probably the most superior character on this list. He has proven his ability several times and succeeded in squeezing the enemy with his ice trap. During sports festivals, the ice he produces can also move fast enough that his opponent doesn’t have time to dodge.

Although initially only relying on his ice power, Todoroki also began to use his fire power which was no less powerful. You could say, Todoroki’s Quirk is very flexible to use to fight in closed or open areas.

Ibara Shiozaki from class B has a Quirk named Vines. This quirk utilizes Shiozaki’s hair that looks like vines and makes it a trap for the enemy. He can also lengthen and move his hair freely as a defense or to attack.

If fighting in an open area, Shiozaki becomes a fairly calculated opponent considering he can use his Quirk as a trap. Shiozaki also developed a technique he called Via Dolorosa, a trap he created by spreading his hair in a hidden area and automatically ensnaring the enemy if the enemy stepped on his hair.

Even though he was only introduced as a class B student, Komori’s abilities could be considered brilliant when used in an open area. Having Quirk Mushroom, this ability is quite useful for trapping enemies by growing a variety of mushrooms.

Kinoko can expel spores from her body to grow mushrooms. Mushrooms will grow very quickly in large numbers, even on the enemy’s body. Because there are many mushrooms, of course, the enemy will find it difficult to move.

Koda has a Quirk called Anivoice which allows him to communicate with animals. Of course, Koda’s Quirk is perfect for use in the wild. Even outdoor combat will certainly be very profitable for Koda.

Quirk Anivoice allows Koda to speak and give commands to animals. The only condition for this Quirk to be active is that the user must speak loudly for the animals to hear. In addition to attacking and defending, this ability is also very useful for spying on enemies.

As an electric-type Quirk user, Kaminari could become strong enough for both indoor and outdoor combat. If he can control his Quirk, Kaminari can create a very large electric spark, even reaching 1.3 million volts.

Besides being able to emit large amounts of electricity, this Quirk can also be used by Kaminari to absorb or neutralize electricity. However, this Electrification Quirk certainly has side effects for its users. If used too vigorously, Kaminari’s brain would short circuit which made him unable to think straight for a while.

Some of the characters above have Quirks which are really suitable for outdoor combat. Besides the scope of their attack is indeed wider, the attack power and the resulting trap are also strong enough to defeat the enemy. Among the five characters that the author has mentioned, who do you think is the best at fighting in open areas?