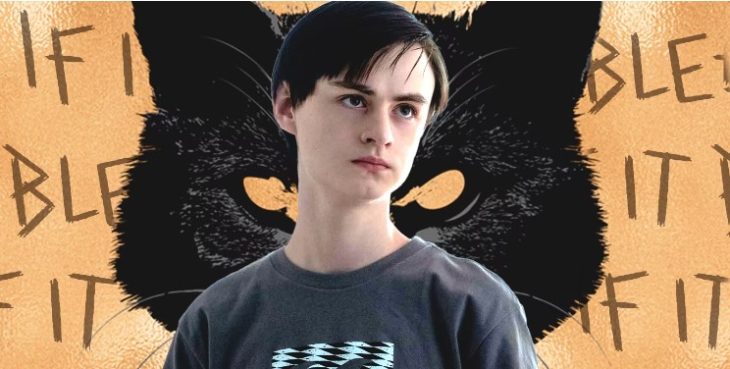 Stephen King is no stranger to film and television adaptations of his work. With over 50 projects completed or currently undergoing production, it always draws the eye of horror fans when they see his name attached to an upcoming project. The latest, about to come to Netflix later this year, is called Mr. Harrigan’s Phone. It’s based on the novella of the same name written by King in his 2020 collection If It Bleeds. Written and directed by John Lee Hancock (The Little Things), the movie will be produced by Jason Blum of Blumhouse Productions, Carla Hacken (Hell or High Water), and Ryan Murphy (American Horror Story).

There are four novellas in If It Bleeds, with Mr. Harrigan’s Phone being the first out of the gate to have a film adaptation. The other three stories, Rat, The Life of Chuck, and the titular novella, If It Bleeds, are all currently being optioned by interested producers. Considering the collection was just released in April 2020, it didn’t take long for interest in developing adaptations of the four stories to follow in its wake. Rat has caught Ben Stiller’s (Zoolander) eye, as he is looking to direct, produce, and star in a film adaptation of that story. The Life of Chuck is being optioned by Darren Aronofsky’s (The Black Swan) company, Protozoa Pictures, with Aronofsky possibly set to produce. The final story, If It Bleeds, could soon be acquired by HBO, as it is a spinoff of The Outsider and features the character Holly Gibney (Cynthia Erivo).

This article will tell you everything we know about what’s in store for this upcoming Netflix original film, Mr. Harrigan’s Phone.

What Is Mr. Harrigan’s Phone About?
First of all, let’s start by saying the movie has nothing in common with the recent Blumhouse horror film The Black Phone. Mr. Harrigan’s Phone is about a young boy who forms a bond with Mr. Harrigan, a reclusive billionaire. Their friendship begins when 9-year-old Craig starts to do odd jobs around Harrigan’s home. In addition to his hourly wages, Harrigan gives scratch-off lottery tickets to Craig a few times a year. One year, at the age of 11, Craig receives a lottery ticket that actually pays off and he decides to purchase a new iPhone for Harrigan, who actively refuses to acclimate to newer technologies. Although he is initially hesitant to use the smartphone, Harrigan’s interest is piqued when Craig shows him the stock market app and how quickly he can access the ever-changing information.

When Craig shows up one day to discover that Mr. Harrigan has passed away, he is extremely distraught and takes the iPhone back before the coroners take the body away. At the funeral, he regrets doing so and places the phone inside Harrigan’s jacket pocket before he is buried. Later, when he is struck with loneliness and grief, he calls Harrigan’s cell phone. To his surprise, the phone is still alive, and he enjoys listening to Harrigan’s outgoing voicemail greeting, even years after the battery should have run out.

When Craig begins high school, he starts having issues with a bully. Out of frustration, he calls Mr. Harrigan’s cell phone one night and leaves a voicemail venting about his tormentor. When he discovers later that the bully has committed suicide, he convinces himself that it must be a coincidence. Or at least he tries to convince himself of that. Part of him wonders if he really did communicate with Harrigan beyond the grave and if his friend is still watching out for him. But he’ll never know for sure unless he tries it again…

Who’s In the Cast of Mr. Harrigan’s Phone?
Mr. Harrigan will be played by Donald Sutherland. Sutherland is best known for his portrayal of President Snow in The Hunger Games franchise and his iconic final scene in the 1978 film Invasion of the Body Snatchers. Jaeden Martell, who starred as Bill Denbrough in the two-part remake of Stephen King’s It, will play the main protagonist, Craig. Colin O’Brien will play the younger version of Craig. O’Brien is set to appear in a handful of upcoming feature films such as The Mothership and the prequel to Roald Dahl’s 1964 novel Charlie and the Chocolate Factory, Wonka.

Craig’s father will be played by Joe Tippett (Mare of Easttown). Craig’s bully, Kenny Yankovich, will be played by Cyrus Arnold. Arnold is known for playing Josh Jagorski in the HBO original movie 8-Bit Christmas. Kirby Howell-Baptiste (The Good Place) will play Ms. Hart, a beloved teacher at Craig’s high school and a pivotal character in the plot later in the story.

When Is Mr. Harrigan’s Phone Coming Out?
Since filming began in October 2021 and wrapped later that year in December, the movie has been in post-production. It is currently expected to release in the Fall of 2022. Hopefully, we’ll have a more concrete date soon. Considering this is a Stephen King story, it will most likely premiere sometime around October. It is a Netflix original, so the movie will be available to stream exclusively on their platform when it is released.

Is There a Trailer For Mr. Harrigan’s Phone?
Netflix has not aired a trailer for the movie yet. As soon as there’s more confirmation on either a trailer or release date, that information will be shared with you here.

365 The Next Days Thai Version