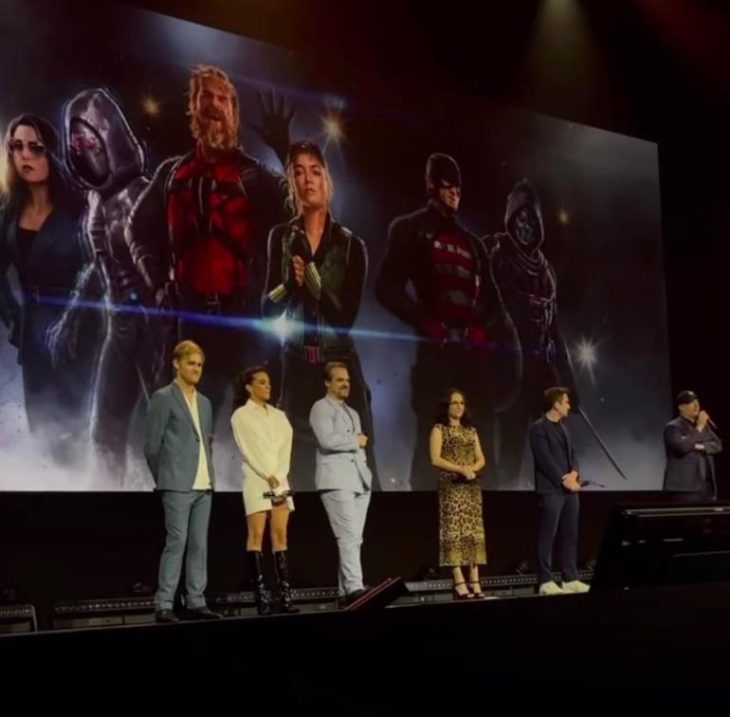 The Thunderbolts announced their roster on the second day of the D23 Expo on Saturday (10/9/2022). Sebastian Stan will return to play his iconic character, Bucky, aka Winter Soldier in this film.

How’s the whole thing? Here are some things we know about Marvel’s upcoming film Thunderbolts.

In the comics, there are many characters who have been named in the Thunderbolts. But this time, Marvel Studios announced that there are 7 characters that are ready to fill the film.

The seven Thunderbolts cast took to the stage at D23 Expo with Marvel Studios boss Kevin Feige. Fan-loved Sebastian Stan received the most thunderous applause when he appeared before an audience of more than 7,500 in attendance.

“They look cool and a bunch of troublesome people and Bucky knows something about it. I’m so happy to be joining this team,” he said making fans laugh.

Kevin added that the film will be about a team in which the Winter Soldier is the most stable of all.

Meanwhile, Julia Louis-Dreyfus immediately agreed when Kevin called her to be Valentina. The other players claimed to be very excited to be able to return to the MCU.

This antihero film is scheduled for release on July 26, 2024 and is part of Phase 5 of the MCU. No synopsis has been released yet, but in the comics, this team was actually initiated by Baron Zemo, the villain in Captain America: Civil War and The Falcon and Winter Soldier. Thunderbolts act as heroes after the Avengers are killed. They also have to complete missions for the government.

Can’t wait for the Thunderbolts? This antihero film looks like it will show a lot of chaos from the characters.