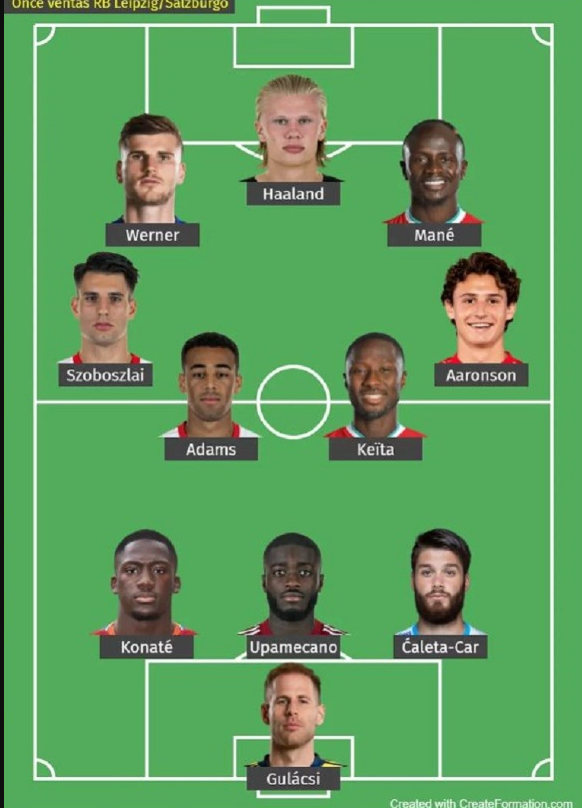 REAL welcomes Leipzig in the second round of the Champions League group at 9 p.m. On this occasion, the most widely read Spanish newspaper presented the guest as a money and talent factory, which brings in great young players cheaply and then sells them for huge sums after a few years.

Salzburg and Leipzig produce hundreds of millions powered by energy drinks
“The business model of Leipzig and its sister club Salzburg, created under the auspices of the energy drink empire, is based on the continuous bringing and placement of talents, not only to third-party clubs, but also from the mentioned Austrian club to the German club. Keita (for 30 million euros) followed this path. Szoboszlai (22), Haidara (19), Upamecano (18.5), Wolf (12), Hee-Chan (12) and next summer Šeško (24), the last in a series of gems that these clubs produce serially.

Haaland, Mane and Ćaleta-Car are among those who did not go from one corporate club to another
Haaland became famous in Austria, where he scored 29 goals in 27 games, and in the Champions League he scored eight goals in the first six games for Salzburg. A transfer to Dortmund for 20 million euros quickly followed, and the rest is history. As with Mane. After scoring 45 goals in 87 games for Salzburg, he was sold to Southampton in 2015 for 23 million euros.

Soon he became a legend of Liverpool and then a star of Bayern. Aaronson (sold for 32.8 million euros to Leeds), Adeyemi (30 Dortmund), Daka (30 Leicester), Mwepu (23 Brighton), Ćaleta-Car (19 Marseille)… are the other players that RB brought as cheap anonymous and sold as expensive as the stars”, writes Marca, and represents an ideal team of RBs from Germany and Austria, in which Duje Ćaleta-Car is the stopper. He was brought by Salzburg from Šibenik as a 16-year-old for 50 thousand euros, and five years later he sold it to Marseille for 18 million and 950 thousand euros more.

Pedophiles and Predators – How, When and How Often!!