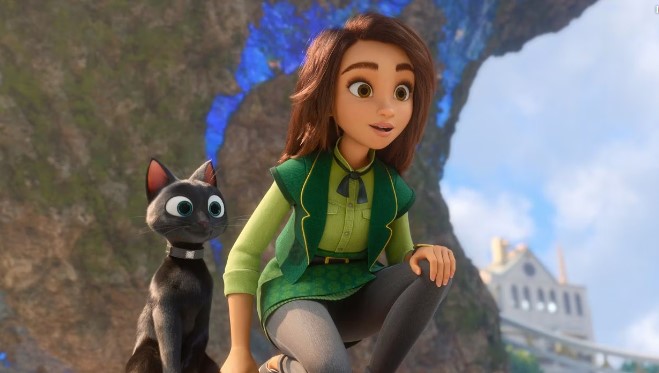 For several decades, there were few people as integral to the future of animation as John Lasseter. As one of the founding members of Pixar, he helped make the studio one of the most beloved and revered animation teams in the world, directed films like Toy Story and Cars, and assisted in making computer animation the next great step for the medium. When Disney purchased Pixar, Lasseter became the chief creative officer of Pixar and Walt Disney Animation Studios, and the change in the quality of films was almost immediately apparent, leading to such films as Frozen and Zootopia. In 2017, however, Lasseter acknowledged allegations of workplace sexual misconduct, which he called “missteps,” and left Disney the next year.

A few months later, Lasseter was hired as the head of animation for Skydance Animation, a move that caused Paramount to announce that they would no longer be working with Skydance, and led to Emma Thompson leaving the studio’s first feature film, Luck. For years, Lasseter proved that he had the magic touch, that he could make computer animation an exciting prospect, and turn around an iconic animation studio for a new generation. Out of the eight animated films that have made more than $1 billion, Lasseter has been involved with five of them. For a while, it seemed as though Lasseter could do no wrong—until he did too much wrong—and with Luck, it seems as though the animation giant’s luck has finally run out.

Luck follows Sam Greenfield (voiced by Eva Noblezada), a foster child who has gone from place to place throughout her childhood, and now, at the age of 18, has aged out of the system. Sam considers herself to be the unluckiest person in the world, and Luck makes it clear that nothing goes right for her, from not being able to make breakfast without incident, to not being able to find a forever family. Sam’s best friend, Eva (Adelynn Spoon), still has a chance, and asks Sam to find a lucky penny to add to her collection of good luck charms before meeting with a potential family.

Sam finds a lucky penny, which immediately turns her luck around, but then accidentally drops it in the toilet, flushing away her rare good fortune and Eva’s hopes of finding her forever family. In trying to track down this penny, Sam follows Bob, a lucky black cat that talks with a Scottish accent (Simon Pegg) to the Land of Luck, the source of all good luck and bad luck, and filled with magical creatures, lucky pennies, four-leaf clovers, and basically anything else that has even the slightest tinge of luck historically attached to it. With the help of Bob, Sam goes on a search for a lucky penny to bring back to Eva before she loses her chance with this possible new family.

What sounds on paper like a relatively simple concept of a girl trying to find a lucky coin for her friend is actually one of the most convoluted narratives in a kid’s movie in recent memory. The Land of Luck is an overly complicated collection of ideas that overwhelms rather than engrosses, continuously expanding this world with an abundance of lore and extraneous details that only weighs this story down. One of Pixar’s most underrated skills has been the ability to take often complex and grand ideas and still manage to make a film that is accessible to all audiences. Luck is the polar opposite of this, as almost the entire second act is dedicated to explaining the machinations of this world in a blunt and confounding way. By the time you’re thrown into luck randomizing machines, a group of pigs and their magic crystals, the Land of Luck’s CEO dragon, Babe (Jane Fonda), and the “magical” penny depot, the audience is stuck in a world of MacGuffins upon MacGuffins.

But there’s also little joy and wonder in this supposedly magical Land of Luck, and even though the world continuously unravels itself, showing more layers that are supposed to create awe, each new layer is just full of more nonsense ideas that the film is asking the viewer to keep track of and remember. There are, again, occasional moments where the Pixar influence is clear, like when a Monsters Inc.-ish team of Hazmat bunnies makes their way into the Land of Luck, or when Sam and Bob go to an in-between land that feels very reminiscent of Inside Out—right down to a character that is lost in the middle, longing for the days of old in Jeff the unicorn (Flula Borg). But that magic is just never there, whether thanks to a story that keeps its viewers at arm’s length, animation that never wows, or jokes that are groan-worthy—like the surprising amount of poop jokes.

Now, it might not be fair to Luck to place its failures on Lasseter, yet it seems like upon his hiring at Skydance, he did assert quite a bit of control on the project, adding many former Disney collaborators to the team. For example, Alessandro Carloni, co-director of Kung Fu Panda 3, was replaced by Peggy Holmes, director of such direct-to-video Disney films as The Little Mermaid: Ariel’s Beginning, Secret of the Wings, and The Pirate Fairy. Kiel Murray, who wrote Cars and Raya and the Last Dragon was brought on to rewrite the screenplay from the Kung Fu Panda trilogy and Monsters vs. Aliens writers Jonathan Aibel and Glenn Berger. In bringing his own team from past Disney projects into the mix, it seems as though Lasseter might have overcomplicated this story into a film that feels like it’s trying to do far too many things all at once.

But possibly the biggest surprise to Luck is just how generic and uninspired it feels, despite how many ideas are crammed into this story. There’s no wonder, no excitement, no jokes that land—and while Skydance probably thought they had their own good fortune in locking down the disgraced Lasseter post-Disney, it seems as though his involvement only mucked up what could’ve been a charming story.

A Smart, Gripping Action Thriller That Asks Who’s Hunting Who

2023 growth on reopening of China, power in US, Europe