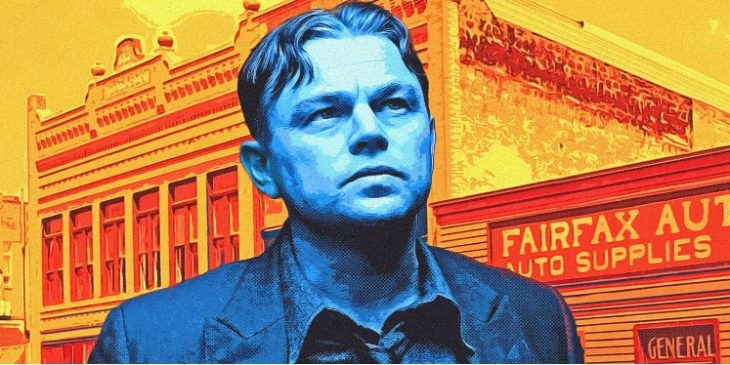 Director Martin Scorsese is most often associated with classic movies about wise guys and gangsters. But with his upcoming film Killers of the Flower Moon, the director is tackling a new genre with his first-ever Western. The film, an adaption of journalist David Grann’s 2017 nonfiction book Killers of the Flower Moon: The Osage Murders and The Birth of the FBI, tells the story of at least twenty murdered members of the Osage Tribe in Oklahoma during the 1920s in Oklahoma.

The film rights to Grann’s book were sold in 2016–a year before his book was even published– but it wasn’t until 2021 that filming of the hugely anticipated movie commenced. After a series of directors expressed interest in the project without officially signing on, Martin Scorsese was brought on board. Production was set to begin in March 2020, but the COVID-19 pandemic delayed filming until mid-2021. Here’s what we know about the project so far.

Who Is in the Cast and Crew Behind Killers of the Flower Moon?

With Scorsese signed on to direct, he brought some familiar faces on board–most notably, his long-time muses and collaborators on multiple projects Leonardo DiCaprio (who also serves as a producer on the film) and Robert de Niro.

There are probably few actor-director collaborations as successful or as famous as that of Scorsese and De Niro, who have made one short and nine feature-length films together since 1973’s Mean Streets. With de Niro starring and Scorsese directing, the duo made such award-winning film classics such as Taxi Driver, Raging Bull (which led to de Niro winning the Academy Award for Best Actor), Goodfellas, Cape Fear, Casino, and The Irishman. In Killers of the Flower Moon, de Niro plays William Hale, the villainous cattle rancher suspected of organizing contract hits on wealthy members of the Osage tribe. This film will be the tenth film collaboration between Scorsese and de Niro, and it’s likely to continue their impressive track record.

Scorsese’s collaboration with Leonardo DiCaprio is more recent, beginning only in 2002, but just as prestigious. Killers of the Flower Moon will mark the sixth collaboration between the director and actor, who first worked together in Gangs of New York in 2002. Their second film together, The Aviator, resulted in DiCaprio’s first Academy Award nomination for Best Actor and Scorsese won his first and only Academy Award for Best Director for 2006’s The Departed. In Killers of the Flower Moon, DiCaprio plays Ernest Burkhart, Hale’s nephew who struggles with conflicting loyalties towards his Osage wife (played by Lily Gladstone) and his powerful uncle.

The movie also stars Jesse Plemons as FBI agent Tom White. Plemons’ career has been on the rise in the last few years, starting with his role as Chuckie O’Brien in The Irishman, a previous collaboration with Scorsese, and most recently with his Academy Award nomination for Best Supporting Actor in New Zealand director Jane Campion’s The Power of the Dog. Meanwhile, Brendan Fraser continues his impressive acting comeback with his role as lawyer W.S. Hamilton. John Lithgow also stars as the Prosecutor Leaward who seeks to convict Hale of murder.

In addition to assembling a stellar cast, Scorsese is surrounded by a familiar crew. Known for his laborious editing process, the director continues his long-time association with editor Thelma Schoonmaker and Robbie Robertson, who has served as music producer on Scorsese’s films since 1978.

Determined to work with the Osage Nation for this movie, Scorsese cast indigenous actors as Osage people in the movie and, with the tribe’s permission, filmed scenes on Osage land. The director worked closely with the Osage Tribe’s film ambassador Chad Renfro and the Chief of the Osage Nation, Geoffrey Standing Bear, is a consultant on the film. In February 2021 before filming began, both DiCaprio and Scorsese made a presentation about their intentions toward the story and its themes. Osage Tribe members were given a chance to voice their concerns and DiCaprio asked questions to improve the authenticity of the film.

Minions The Rise Of Gru Online

What’s the Plot of Killers of the Flower Moon?
Killers of the Flower Moon tells the story of the plot to kill nearly sixty members of the Osage tribe from 1921 to 1925. In the latter part of the 19th century, the Osage Indian Tribe of Oklahoma was awarded the right to profit from the huge oil deposits discovered in the land. The tens of millions of dollars that the Osage people made on their own meant that the Osage nation was considered one of the wealthiest nations in the world. The wealth made the federal government nervous enough to appoint Caucasian guardians to “assist” in financial management and caused murderous envy among other communities who hadn’t struck it quite so rich. And by 1921, these bad feelings soon led to violence, when the body of a wealthy Osage woman was found in the woods. By 1925, at least sixty wealthy members of the Osage tribe had died. The FBI became involved in the investigation and was led by Agent Tom White, who uncovers a complex plot by local cattleman William Hale to gain control of the Osage oil. Hale had even convinced his nephew Ernest Burkhart to marry Mollie Kile, a native Osage woman, to improve his claim to the land. It’s probably safe to say that this story of racism, murder, betrayal, and greed will become a gritty and suspenseful film under Scorsese’s direction.