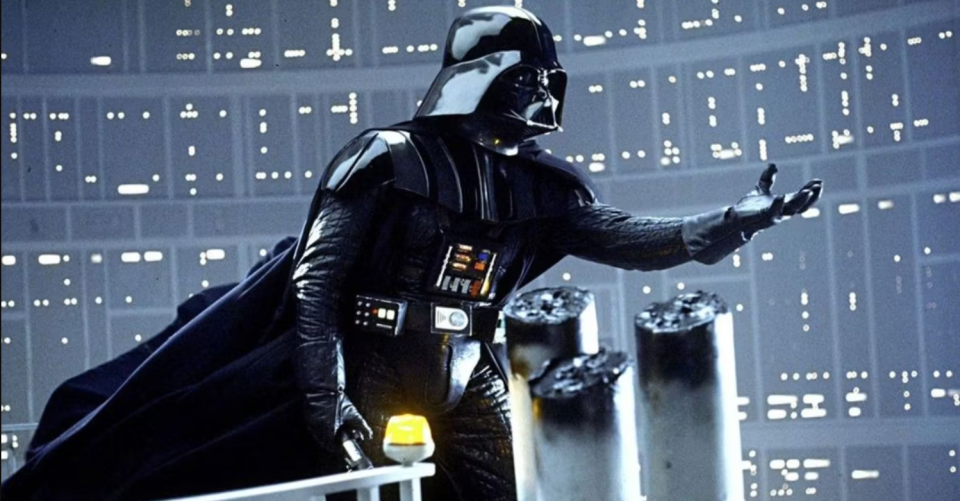 The actor has signed over the rights to Lucasfilm and Respeecher.
Star Wars voice actor James Earl Jones has officially retired from the role of Darth Vader. First debuting in the original 1977 film, eventually rechristened Episode IV: A New Hope, the Oscar-winning actor, now 91, has been lending his iconic voice to the character for the past 45 years. However, he has had a little help along the way. The Ukrainian start-up Respeecher uses archival recordings and a proprietary A. I. algorithm to create a new dialogue with the long-ago voices of performers.

Respeecher, along with Lucasfilm, are the ones that own the rights to Darth Vader’s voice now that Jones has signed them over. That said, both companies have parted ways with The Lion King actor entirely. Matthew Wood, the supervising sound editor at Skywalker Sound in Northern California, said that Jones was “a benevolent godfather” who still receives updates about their plans for the character. A godfather who’ll also give advice about how to stay on track.
Besides working on Jones’ voice for Darth Vader’s return in Obi-Wan Kenobi, Respeecher also crafted the young Luke Skywalker vocals for The Book of Boba Fett. Wood, who estimated that he’d recorded Jones’ work as Darth Vader at least a dozen times, said that they hired the company because the vocal performances generated by the star-up have an often elusive human touch.

Many members of the audience have been wondering about the extent of Jones’ future in the Star Wars franchise after the Obi-Wan spinoff. The reasons for this include the actor’s age, the lack of audible differences between the Disney+ show and Jones’ older work, and Respeecher being credited for undisclosed work.
Some have speculated that Jones didn’t record any of his lines at all. Instead, the A.I. studio put together his dialogue for the eight-episode series. Others have even speculated that Hayden Christensen, who returned to the show to physically portray the character in costume, provided the voice of Darth Vader using a modulator that allowed him to imitate Jones’ famous voice.
Rumor has it that Christensen will also return in Ahsoka, which stars Rosario Dawson in the title role. Other upcoming Star Wars projects include Jude Law’s Skeleton Crew, Leslye Headland’s The Acolyte, and Justin Simien’s Lando. As has thus far been the case with the Star Wars shows made by Disney+, all of those are set to take place around the time of the original Star Wars trilogy, which opens up the possibility for all sorts of characters to return.
While fans will undoubtedly be sad at the news that Jones while he’ll no longer be voicing Darth Vader, they’d also probably be happy to hear that the actor is still being kept in the loop regarding the character. If they want, they could also revisit Jones’ work by rewatching the Star Wars films, all of which can be found on Disney+.

Blade vs. Ghost Rider: Which Marvel Film Was actually Very most Comic Correct?