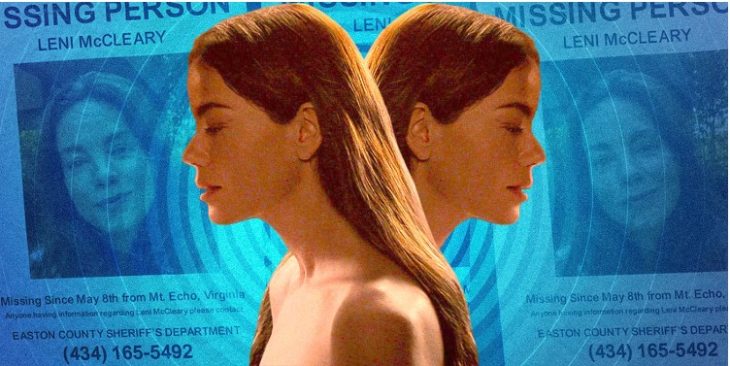 Echoes is the new Netflix original series starring Michelle Monaghan as the protagonist(s). The plot follows twin sisters, Leni and Gina Dimitri, who have swapped their lives since they were kids. Their secret scheme has led to each of them living a double life, with two husbands, two homes, and so on. But when Leni suddenly disappears, their plans get thwarted and Gina’s life gets out of control.

With its chilling storyline and a dark setting, Echoes promises a gripping drama. Here’s a quick guide for you to find out how, when, and where you can stream and watch this new psychological thriller.

When is the release date of Echoes?
Echoes premieres on Netflix on Friday, August 19, 2022.

How Many Episodes Does Echoes Have?

Echoes is a limited original series with seven episodes, where each episode runs for one hour. All episodes are slated to stream together on the day of the premiere, on August 19.

All episodes are written by Vanessa Gazy and are directed by Anna Mastro, Li Lu, and Valerie Weiss.

There is no further information about the episodes of the series. You can watch this space for the latest updates on all episodes of Echoes when they become available.

Can You Watch Echoes Without Netflix?
Echoes is a Netflix original series, which means you can watch the series exclusively on this streaming network and is not available anywhere else. All original and popular content on Netflix is available only on a subscription basis.

You can easily download the streaming app on your phones or other smart devices and get unlimited access to shows, movies, miniseries, sports, and other interactive content. Netflix’s subscriptions vary across $9.99, $15.49, and $19.99, based on the number of screens you want to access at the same time, and whether you want to watch HD content or not

The trailer for Echoes was released in July 2022 and takes you through the major points of the story.

The clip shows how Gina and Leni made their pact and how they have been successfully living their lives since they were children. The scene then shifts to the news of Leni going missing and Gina is shocked and distressed, probably worried about the truth coming out. The video also introduces Leni’s husband, Jack Beck, played by Bomer, who seems to be determined to find his wife. The sheriff of the town, Louise Floss, played by Karen Robinson, appears to be suspicious of a few people.

In quick succession, we see clips from the sisters’ past and present, a dead horse, and a crashed and burned car with a dead body, portraying the intensity of the plot and proving that this isn’t going to be one of your average twin-swapping tales. There’s murder, betrayal, horrifying events, and probably a lot more to the story of Echoes than what we get a glimpse of in the trailer. So, be ready for a chilling ride.

What is Echoes About?

There have been many stories of twins getting swapped or them voluntarily swapping their lives, for fun or other reasons. But Echoes takes the trope to a very twisted and dark level. This is not just a story of two identical twins who swap their lives, but how their scheme turns out to be deadly, quite literally.

When one of the sisters goes missing, the perfect arrangement they had made over the years falls apart. Gina, the one present in the picture now, breaks all hell loose to find out about Leni. Did she run away, get killed, or killed herself? What if Leni exposes their scam? No one knows. But ominous hints keep popping up here and there, disrupting Gina’s life, and she starts to feel threatened. What would she do to keep her and her sister’s secret from becoming public?

From all that we know so far, Echoes seems like a spine-chilling, psychological thriller with a dark setting, that is sure to meet the expectations of fans of this genre.

Other Psychological Thrillers to Watch On Netflix Right Now
Netflix boasts quite an expansive list of thriller series, across murder mysteries, psychological dramas, crime, supernatural, and more. If you like Echoes, then you might want to catch up on the other dark and dangerous offerings from the streaming giant.

The Sinner – The fact that Matt Bomer features in both The Sinner (Season 3) and the Echoes, is not the only common factor between these two shows. The Sinner, like Echoes, also explores the psychology of the criminals and their victims, besides the crime itself. The anthology series, created by Derek Simonds, is based on the 1999 eponymous novel by German author, Petra Hammesfahr. The crime thriller series features Bill Pullman as Detective Harry Ambrose, who investigates various crimes, committed by unlikely people and analyzes their psychology behind the same.

Stay Close – Harlan Coben’s mystery novels have made some of the most popular thriller series on Netflix. Stay Close is one of the latest. The British mystery miniseries is based on the author’s 2012 novel of the same name. The plot follows a photojournalist, a soccer mom, and a homicide detective, whose lives get entangled and disrupted by a haunting event from the past. Created by Daniel O’Hara, Stay Close stars Cush Jumbo, James Nesbitt, and Richard Armitage in major roles.