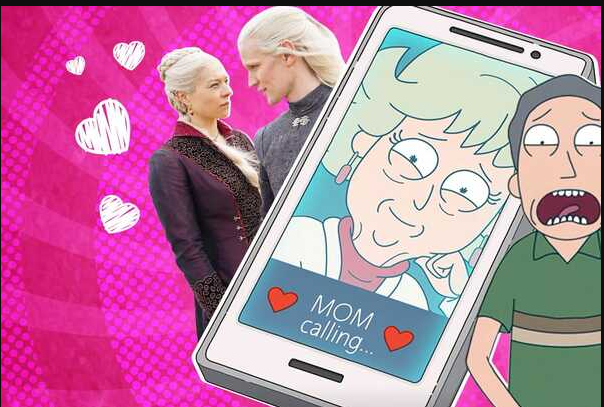 Sam and Jay’s relationship provides a much-needed breath of fresh air after the supernatural hijinks.

Ghosts on CBS, reimagined from the UK comedy of the same name, tunes viewers into the adventures of the residents of the beautiful Woodstone manor — both alive and dead. Following Sam (Rose McIver) and Jay (Utkarsh Ambudkar), the happily married couple from New York uproots their lives to restore the dilapidated manor that Sam has recently inherited from a relative she hardly knew with the goal of turning it into a sought-after bed and breakfast. Once they arrive, a fall down the stairs and brush with death leaves Sam with the ability to see the dozens of ghosts that have haunted the land that Woodstone was built on for decades, centuries, or millennia in Thorfinn’s (Devan Long) case.

As the series progresses, Sam and Jay continue to deal with the ghostly shenanigans of Woodstone’s other residents: Thorfinn, Alberta (Danielle Pinnock), Flower (Sheila Carrasco), Trevor (Asher Grodman), Isaac (Brandon Scott Jones), Hetty (Rebecca Wisocky), Sasappis (Román Zaragoza), and Pete (Richie Moriarty). They’ve experienced some wacky things, like Hetty temporarily possessing Jay’s body and trying to leave the grounds and finding the centuries-old skeleton of Hetty’s loathed husband in a hidden safe. Meanwhile, other ghosts come, cause trouble, and go — like teenage Stephanie (Odessa A’zion) who sleeps the year away, or the cholera victims with their knowledge of the water heater down in the basement — leaving little room for anything but the spirit-related chaos.

Sam and Jay’s Relationship Is a Breath of Fresh Air
When we do get a break, though, however small it often is, it is incredibly well-received because of the fantastic relationship between Sam and Jay. They are truly a breath of fresh air. The two, left together in their own little world, become something of an escape from the hilarious nonsense that has become their daily life at the Woodstone (for them and for us). Everything about this couple truly reads perfection, as the writers have struck the perfect balance between their personalities, making them complement each other in the best ways. They have such a deep understanding of one another, as we have seen from the various stories on the series, including Jay’s complete understanding of Sam’s wish to be closer to his family as she doesn’t have one and Sam’s understanding of Jay’s loneliness.

‘Ghosts’ First Season Explores Sam & Jay’s Love and Loyalty
The first season of the series is littered with moments that showcase the beauty of this relationship, depicting the love and loyalty they share for one another through their actions. One huge example is in the series premiere when Jay agrees to move to the Woodstone and convert it, giving up his life in the city to make a new start with Sam. It’s a huge sacrifice, but he never holds it against her, nor does Sam ever feel too much of a need to “make it up” to him. When she can, though, she tries to make it a little easier and better for Jay at the Woodstone, since he doesn’t have a group of ghost friends to talk to… or, rather, hear back from.

A prime example of this is Sam agreeing to play Dungeons and Dragons with Jay (and the ghosts) after Jay’s bad internet connection interferes with the game he has going with his friends back in the city. Despite her desire to play being practically non-existent, Sam wants Jay to be happy. Or, Sam not harboring any unpleasant feelings for Jay after he finally finds some local friends in the third episode of season two, only for those friends to try to invade the Woodstone upon learning they are members of a cult that sells vitamin patches their supposedly 700-year-old leader got the idea for in a dream.

In addition, one of the most obvious examples of what makes Sam and Jay’s relationship so unbelievably pure is the simple fact that Jay wholeheartedly believes that Sam can see ghosts. It took a little while for Jay to come around in the beginning, unintentionally gaslighting Sam into believing that it was all in her head and due to her concussion, but who can blame him? However, as soon as she became convinced that these were real people, ghosts, so did Jay. He had a blind belief in Sam, trusting that she was telling him the truth, which is something that we rarely see on TV. The evidence — Trevor writing on the mirror, Thorfinn messing with the lights, or walking through Isaac and wishing you had died instead — came, but Jay didn’t need this to believe in his wife.

Sam & Jay’s Relationship Gives ‘Ghosts’ a Stronger Backbone
The Ghosts writers could have made Sam and Jay’s relationship incredibly unhealthy and imbalanced in the name of comedy, as we see far too often on TV. Instead, they’ve taken the time to build this relationship to be loving, honest, and sturdy, giving the series a grounded backbone to stand on amidst the ever-evolving world of the supernatural unfolding around them. The comedy surrounding their relationship comes from them getting into interesting situations together or small details like Jay being called out by the ghosts for a white lie about eating all of the Oreos.

It’s the little things, which can sometimes be the funniest of the episode, particularly when it involves Sam trying to explain a ghost thing to Jay. However brief, as Sam may be tied up with the ghosts, their interactions just add so much to every episode.

Simply put, without Sam and Jay and their wonderful relationship and brilliant rapport, Ghosts would be a shell of the show it is now. This relationship pulls everything together, making life at the Woodstone warm and even more enchanting. Their joint struggle to start their business while dealing with the ghostly happenings of their home is the ultimate reason to tune into the show every week. The story began with them, made us fall in love with their relationship and chemistry from the very start, and that has truly helped the series shine. Going forward, the only thing to ask for is more of these soft, grounded moments and stories between Sam and Jay. As much as we love the ghosts of the Woodstone, Sam and Jay add so much to this world and are a nice distraction from the supernatural hijinks, making the Woodstone even more inviting.