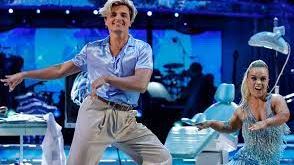 As the BBC celebrates its 100th anniversary, our media editor looks ahead at the challenges it faces, from competition from streaming services to reaching young people on TikTok.

Great institutions, like great literature, are often born from existential angst, as urgent responses to the prevailing horrors of their era. As with TS Eliot’s The Waste Land, released in 1922, so with the BBC.

When Lord Reith – shot in the face in World War One – became the BBC’s first General Manager, he had the national interest at heart. A Scottish engineer in post-war London, he wanted to deploy the latest technology to rebuild a country ravaged by war.

Today few people would suggest building a public media institution. Fewer still would fund it through a licence fee, seen by some as tax on households. And yet, as the plaudits for its coverage of the death of Queen Elizabeth II demonstrate, the BBC often remains world-class.

For a century, the BBC has been there for Britons at the big moments in national and international life. Churchill’s war broadcasts; Queen Elizabeth’s coronation; the World Cup in 1966; a man on the moon; the fall of the Berlin Wall; Ed Balls doing Gangnam Style on Strictly Come Dancing.

For 100 years, the BBC has used the latest technology to secure its emotional contract with the people. It was born in the era of radio, and gave us the first glimpse of TV. A series of technological revolutions – the internet, smartphones, social media – have irreversibly weakened the BBC’s grip on our culture.

These revolutions connect the major challenges the BBC faces today. Here are five.

Trust
Trust is easily destroyed, but not easily created. Frequent scandals – Jimmy Savile; Martin Bashir’s Princess Diana interview; many others – have eroded the public’s trust in the BBC.

And this is the age of disinformation. In a world where lies spread faster than truth, the belief that accuracy is sacred has diminished. Social media has been catastrophic for the news trade.

This is an opportunity for some journalists, who spend time, money, and effort ascertaining the truth, something most people still believe in. But declining trust is a threat to the BBC. People won’t pay for something they don’t trust.

Cost
With direct competitors valued in the hundreds of billions, such as Netflix and Disney, the BBC will struggle. Its funding is capped at around £5bn. The BBC is obliged to do stuff they don’t do (news, radio, religious programming), it’s tightly regulated and comes under relentless political pressure.

Streaming services have also driven up staff and programming costs. Ultimately, the BBC will have to do less, which means it will have to work out what it can do that others can’t.

There is a stark generational divide in consumption of BBC content.

Britons aged between 16 and 24 spend more time on TikTok alone than watching broadcast television. In the past decade, the amount of time they spend watching terrestrial TV has fallen by two-thirds.

The BBC’s worst nightmare is irrelevance. Losing Test cricket to Sky is one thing, losing Bake Off to Channel 4 is another. But there are limits. At the big moments, the BBC needs to remain indispensable. For now, it is.

But the road to irrelevance is paved with TikTok videos, Netflix dollars and Spotify playlists.

Ridley Scott Is Right About Why Alien Is Still So Good