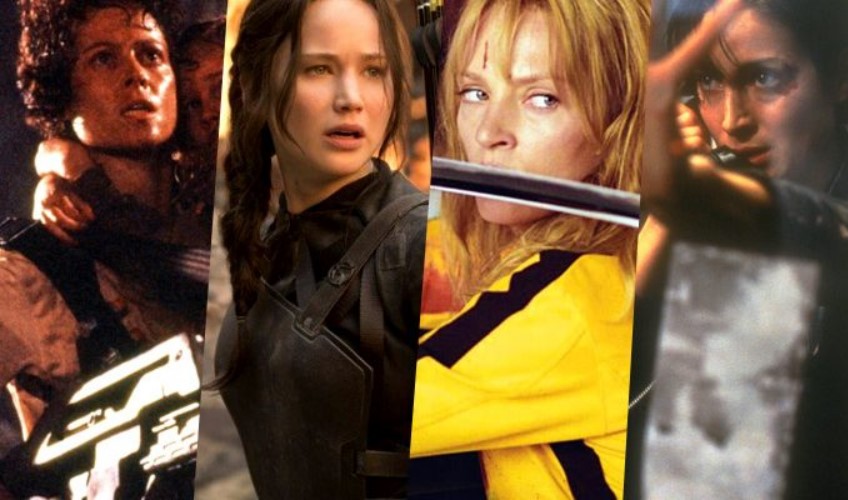 The movie industry, in many respects, is an industry of trends and a reflection of the society around it.

As such, when you look at the current crop of action movies that have been released in recent years, it should come as no surprise that many of them have begun to feature heroines prominently with their male counterparts.

Superhero movie connoisseurs can fully attest the idea that for decades, action movies and superhero movie has always reflected the importance of the male hero taking care of business, making sure evil was thwarted, and, of course, helping to save the damsel in distress. Luckily for movie audiences everywhere, times and attitudes have changed, and with action movie fans skewing a bit more female, the need for more featured heroines is at an all-time high.

Certainly, the changes to include more female heroines is a reflection on the push to have greater equality for women in all facets of society. This isn’t to say that there haven’t been pushes for female equality in the past (e.g., women’s suffrage, establishment of N.O.W.). But with the marked presence of female world leaders, a greater percentage of female CEOs, and more educational programs steered to including young women of all ages into math, science, and technology, the female action star is here to stay.

So, if you’re a fan of action films and strong women in feature roles, here are some great films to check out:

The Long Kiss Goodnight – Think of all of the action movies out there about government agents with amnesia who slowly understand their mysterious past, and then think of the sequels that got more intense. This movie is like all of them in one, and no amount of action or cinematic bang is left out.

Foxy Brown – Quite possibly the forerunner in female action films with a “super-bad” lead actress. Critics often pan Blaxploitation films as nothing more than trivial fodder worth less than the actual film they’re on. However, this movie was as influential as many of the male-led films of the same genre.

Wonder Woman – Some might argue that this should be first on this list. Take a tried-and-true iconic female character, build a good story around her, be sure to make reference to the source material of that character, and don’t skimp on the action. It’s a perfect formula for action film gold.

Kill Bill: Vol. 1 & 2 – What would you do if you were left for dead on your wedding day? You vow revenge on everyone involved. Paying homage to every important element of the traditional martial arts movie, this movie (in two parts) is a masterpiece.

Blue Steel – A bit of a surprise entry on this list, this movie presents a female lead actress in the role of a rookie cop that is the subject of an officer-involved shooting. The twist in the movie involves her needing to clear her name while fighting for her life.

Action movies, for some, aren’t the most intricate cinematic presentations simply because they depend on big explosions & light plots. Still, they do reflect the essence of film in that there is certainly a suspension of disbelief that comes with enjoying the wildness on the screen. Truth be told, this isn’t an exhaustive list of female-led action movies, but hopefully it acts as a springboard to even the casual fan to check out more of what female action stars bring to the table.

How To Choose Great Action Movies For Family Movie Night