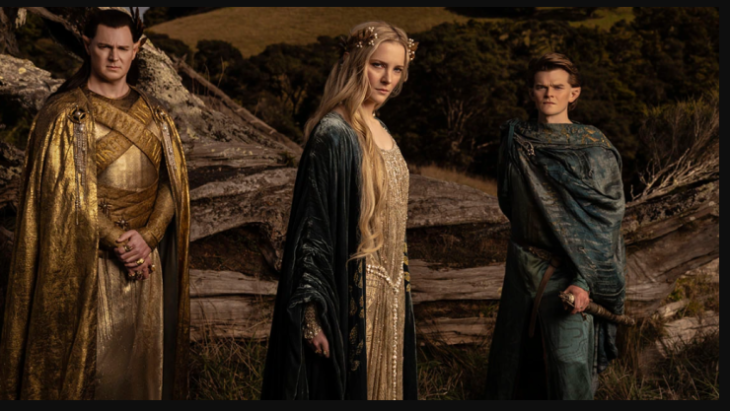 Nostalgia, fan service, and creative laziness are sending us down a dull cinematic rabbit hole.

Enough already with the prequels.

From Marvel to Lucasfilm, from House of the Dragon to The Lord of the Rings, from one horror classic to another, Hollywood is fully investing in and doubling down on movies and TV series that show us what happened before the iconic or classic films and series that we already love, whether we really need to know what happened or not.

The empire of dreams known as Tinseltown, alleged source of unbridled, endless creativity and imagination, is resorting to massive dumps of fan service, easter eggs, and the apparently bottomless pit of emotional nostalgia in the hopes that the combination of all these will keep hitting that dopamine button for fans, and keep the box office and streaming subscriptions humming.

Now, we know this sounds like a curmudgeon waving his fist at the clouds, just as we also know that the whole prequel thing goes back literally decades. One can argue that the modern iteration of it started with Star Wars and the Prequel Trilogy (something else to blame on George Lucas). There are also certainly rationales for why some explorations of the past are better than others, so we don’t want to condemn them all either.

But by and large, the problem with prequels remains the same: They’re primarily telling stories that we don’t need to know, because most of the time all the information we needed in the original narrative was there (or hinted at), and the fact that we know the outcome already drains these properties of suspense and dramatic weight.

Why Historical Prequels Can Work, Maybe…
Ironically, the Prequel Trilogy—no matter what you may think of the movies themselves—doesn’t necessarily fall under this purview. While the story of how the Republic and the Jedi fell, and how the Empire rose, is more or less sketched in as background in the Original Trilogy, there were a lot of moving parts and players that we simply didn’t know a whole lot about (our personal favorite part of those movies was watching Palpatine’s now eerily relevant machinations to destroy democracy).

By the same measurement, it’s too early to cast judgment on HBO’s House of the Dragon and Amazon’s The Lord of the Rings: The Rings of Power, although both present somewhat different cases.

House of the Dragon is at least based on a full novel (George R.R. Martin’s faux history book Fire & Blood), which means there is perhaps some sort of narrative arc on which to hang the series (and Martin’s books are individually all doorstops). The story is also set in a distant past in Game of Thrones‘ Westeros, and during a period when none of the characters we cared about in the original series were alive.

The Rings of Power is based on notes (albeit extensive ones) that J.R.R. Tolkien made at the end of The Lord of the Rings, which while fairly detailed will seemingly require a lot heavier lifting on the part of the showrunners to create a substantial storyline and well-fleshed-out characters. (Although a few have the benefit of being immortals who audiences remember from the Lord of the Rings trilogy.)

Nevertheless, there’s enough of a broad palette there on which talented writers, producers, and directors (along with great casts and all that sweet HBO and Amazon money) can paint epic stories based on existing—if in some cases, thinner—material. On the other hand, we know where both of these eventually go as well: one leads to events that will precipitate the fall of the House of Targaryen while the other leads to the rise of a giant flaming eye in Mordor.

But On the Other Hand…
While we’re uneasy but remain cautiously optimistic about the prospects for The Rings of Power, we’re more concerned with other recent developments concerning The Lord of the Rings.

It was announced in August that a Swedish gaming company called Embracer Group purchased the rights to The Lord of the Rings, The Hobbit, and other Tolkien-related material from the Saul Zaentz Company (which has owned the film option since 1976), giving Embracer the rights to “movies, video games, board games, merchandising, theme parks, and stage productions relating to Tolkien’s works,” according to CNBC. It would take greater legal minds than ours to parse how this works in conjunction with the Amazon series, but that’s probably one of the reasons why The Rings of Power is set in the Second Age only and hobbits are not mentioned.

What concerns us is Embracer saying it will explore “additional movies based on iconic characters such as Gandalf, Aragorn, Gollum, Galadriel, Eowyn, and other characters from the literary works of J.R.R. Tolkien.”

Think about that for a moment. Don’t we know Gollum’s story already? Didn’t we see his entire tragic history in the Peter Jackson Rings movies? Are we going to get a “Young Smeagol” film? Likewise, how much can characters like Gandalf and Galadriel be mined (the latter seems to be the main character of The Rings of Power, so it’s not clear how much more story there is for her)? Is “Maiar: Gandalf Origins” on the slate? Past adventures made of whole cloth, with less connection to the Tolkien text, just seem like the kind of folly that got Star Wars in trouble on the big screen.

Character-Based Prequels Are Trickier
Perhaps good films can be made from this material (Tolkien did leave enough literary crumbs around for sure), but it still all ends up feeling a bit… pointless. Look at Solo: A Star Wars Story, the backstory that absolutely no one asked for. The truth is, it’s not really a bad film, with Alden Ehrenreich and Donald Glover turning in very solid work under incredibly trying circumstances. But, and this was said at the time, did we need to see the pieces of Han’s life fall into place? We knew everything we needed to know about him within his first few scenes in A New Hope, and plumbing his past really achieved nothing.

Lucasfilm, however, is going all-in on prequels—at least on the streaming side (which is the only side at the moment, actually). Obi-Wan Kenobi and Andor are just two examples: We know the fates of both characters, so how much suspense can either show wring out? (In the case of Kenobi, not all that much.)

Even Marvel’s Black Widow, which at least provided us with the great Yelena Belova and filled in some blanks in Natasha Romanoff’s dark history, had an air of resignation about it. After all, we know what happened to Natasha not too long after the events of this film.

Or take something like Wonka, the Timothée Chalamet-led movie coming from Warner Bros. next year which will show us the back history of Roald Dahl’s famous chocolate maker. But Dahl himself never felt the need to go back into Willy Wonka’s past, so why should anyone else? Keeping his background mysterious makes the character that much more magical. Remember the attempt to portray his childhood in Tim Burton’s Charlie and the Chocolate Factory? That did not end well.

We’re even skeptical about a movie like Furiosa, with Anya Taylor-Joy playing a younger version of Charlize Theron’s fierce warrior from Mad Max: Fury Road. While we’d never discount the mad genius of director George Miller, Theron’s performance of this fully-rounded and three-dimensional woman told us everything we needed to know. Instead of turning to her past, let’s take her into the future. She had an interesting one ahead of her at the end of Fury Road.

The Horror, The Horror
Two more recently announced films, First Omen and Apartment 7A, promise even more egregious stabs at nostalgia for the original films, in this case The Omen (1976) and Rosemary’s Baby (1968).

We have no idea what First Omen is about, but the very concept doesn’t make sense. Is the Antichrist born once before but doesn’t make it? Does the Devil impregnate a different jackal the first time around and arrange for a different family to adopt his evil spawn? What is the point of showing us all this when we know what happens in the original Richard Donner-directed classic?

Same with Apartment 7A, which is allegedly a secret prequel to Rosemary’s Baby, centered around the minor character of Terry, the young woman who jumps to her death from a seventh-floor window shortly after Rosemary (Mia Farrow) befriends her in the original film. It’s strongly hinted that Terry is the first choice of the cult to carry Satan’s baby until her death, leading the cult to switch to Rosemary.

From this slim thread, we suspect that production company Platinum Dunes, producer John Krasinski, and director Natalie Erika James (Relic) will put poor Terry through all the same beats that Rosemary went through, making this a stealth remake as well as a prequel (no doubt ending with Rosemary next in line for a full-blown remake). Platinum Dunes gets to have it both ways.

The best stories are about a character’s journey forward, often as they try to leave behind or come to terms with their past. But it’s much easier, for the laziest creators, to take all those little hints of the past and drop them into place like a simple child’s puzzle, rather than imagine a whole new, unexplored, perhaps even dangerous future for these beloved characters. Try showing us that instead of, whether we realize it or not, things we already know. Give us something new to be nostalgic about.