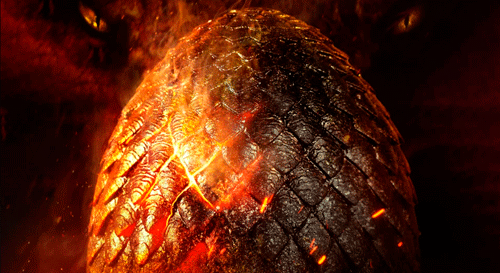 Fire will reign later this year!

HBO’s upcoming Game of Thrones spin-off series, House of the Dragon, is set to arrive this August and, to help you prepare, let’s go over everything we know.

Here’s the latest based on what HBO has said and author George RR Martin’s own source material.

House of the Dragon: Trailer
HBO released the first trailer for its huge new show in early May 2022, and it’s a pretty good look at what we can expect.

There are looks at a range of Targaryen characters and the seeds of a succession battle, along with glimpses of other major houses including the Starks. You can learn more about the likely plot below.

House of the Dragon: Story

The House of the Dragon is an upcoming HBO show headed to the HBO Max streaming service. It is based on some of the events from George RR Martin’s novel Fire and Blood. It’s separate from the A Song of Ice and Fire novel series and is set up as a history book on the Game of Thrones Universe. It specifically focuses on the 300-year rule of the Targaryen Kings. House of the Dragon, therefore, will also be set in this era.

One of the main conflicts in Fire and Blood is a civil war known as The Dance of Dragons. It’s the aftermath of King Viserys Targaryen naming his eldest daughter Rhaenyra as heir to his throne, breaking Westeros’ misogynistic rules of inheritance and causing a war between Rhaenyra and her half-brother Aegon II for the throne. Both sides have dragons and all the major houses of Westeros get dragged into the war.

If you want to learn more about the Dance of the Dragons, HBO produced an animated short that’s included in the Histories and Lore section of the Game of Thrones’s fifth-season DVD. It’s narrated by Michelle Fairley, Pedro Pascal, and Mark Addy. (You can watch it above, via a third-party source on YouTube.)

House of the Dragon: Release date

It will be shown in the UK, Ireland, Italy and Germany by Sky from Monday 22 August 2022. The Now streaming service will also provide live and on demand access.

House of the Dragon: Cast and Crew
George RR Martin is co-writing with Ryan Condal
Condol is a co-showrunner alongside Miguel Sapochnik
Several cast members have been confirmed

Sapochnik, who has experience directing six Game of Thrones episodes, including Hardhome, The Long Night, and The Battle of the Bastards, has reportedly directed the pilot as well as additional episodes. House of the Dragon is Sapochnik’s first project as part of an overarching deal where he is expected to develop and produce a range of content for both HBO and the HBO Max streaming service.

HBO announced some of the show’s cast soon before filming began in 2021. Suspiciously missing from the list was who will be playing Aegon II. Aegon, along with Emma D’Arcy’s Rhaenyra, should be one of the primary characters for the series. Here’s a look at confirmed actors and the characters they’re playing so far:

With most of Game of Thrones filmed in Northern Ireland, film crews have been spotted in Cornwall, believed to be filming House of the Dragon. HBO also recently revealed the first photos from the set of the series (below), giving us an up-close look at some of the new characters.

He’s the greatest explorer in the history of Westeros, and the riches he brought back from his adventures turned House Velaryon into one of the wealthiest families in the Seven Kingdoms. The Velaryons have been one of the Targaryen’s oldest allies, dating back to before the destruction of Valyria.

Otto serves as Hand to the King and is one of the more powerful figures in the Seven Kingdoms when The House of the Dragon takes place. His daughter Alicent is considered one of the great beauties of the Seven Kingdoms and eventually marries King Viserys after the death of his first wife.

Rhaenyra Targaryen and Daemon Targaryen
Emma D’Arcy and Matt Smith will be playing two of the Targaryens critical to the story. D’Arcy will play the firstborn daughter to King Viserys Targaryen, Rhaenyra. Viserys names her as his heir despite Westeros rules of succession excluding women.

Matt Smith will play Viserys’ brother Daemon. Daemon has his own dragon, Ceraxes, and is a formidable warrior in his own right. Eventually, Rhaenyra and Daemon marry as a part of the Dance of Dragons.

HBO decided not to pick up a pilot for a Game of Thrones prequel series that was supposed to star Naomi Watts, according to HBO’s president of programming, Casey Bloys. The show, which was written and developed by Jane Goldman (KickAss), was set to take place 8,000 years before the Game of Thrones series, focusing on humanity’s first encounter with the White Walkers and the army of the dead.

Bloys suggested to Deadline that the problem with the prequel series is it lacks source material: “One of the things about House of Dragons, there is a text, there is a book so that made it a little bit more of a road map for a series order”.

House of the Dragon: What’s the latest?
5 May 2022: First teaser trailer

HBO released the first proper teaser trailer for the show on its YouTube channel.

30 March 2022: Release date revealed
HBO confirmed the release date of the first episode on the official House of the Dragon Twitter feed.

5 May 2021: Set photos revealed
HBO has released the first look at House of the Dragon with three photos.

Add Fun to Your Gaming by Playing Social Games Online