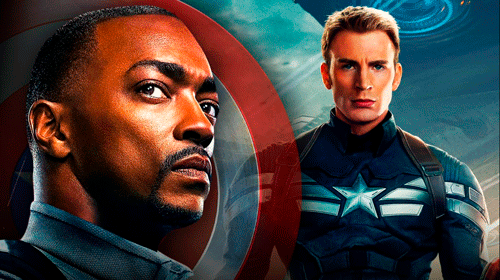 Captain America is coming back to the big screen.

Following the conclusion of Disney+’s The Falcon and The Winter Soldier, it was reported that Marvel is working on a new solo Captain America film. Tentatively called Captain America 4, it is expected to pick up where the TV series left off, with Anthony Mackie’s Sam Wilson as the new Captain America.

Of course, that show left a lot of unanswered questions, which could be pivotal to the plot of a new movie. There’s also another actor who has been rumoured to reprise his old job as Steve Rogers for some future Marvel films: Chris Evans. Here’s everything we know about Marvel’s fourth Captain America film.

It’s already been reported that the film will focus on Mackie’s Sam Wilson as the new Cap, but that doesn’t mean fans of Chris Evan’s Steve Rogers should be disappointed, as there’s another Marvel project reportedly in the works that will see Evans’ return as Steve Rogers. It still wouldn’t shock us to see Rogers make a small cameo in Captain America 4. We could even learn more about his decision to remain in a separate timeline at the conclusion of Endgame.

US Agent return
We saw Wyatt Russell’s John Walker make his debut in The Falcon and The Winter Soldier. Spoiler alert: He folded under the pressure of being the new Captain America and took a super-soldier serum that appeared to drive him a little bit insane. The series left off with Walker being appointed his comic book title, US Agent, by Valentina Allegra De Fontaine (played by Julia Louis-Dreyfus), so it’d make sense for that plot point to continue in the new film.

Valetina Allegra De Fontaine
Julia Louis-Dreyfus made her Marvel Cinematic Universe debut as Valentina in The Falcon and The Winter Soldier.

We know her character is supposed to make another appearance in Black Widow, as well. It’s very possible these appearances could lead to her portraying a big bad somewhere else in the MCU. Plus, Valentina’s history as a comic book character points to her possibly appearing in Sam Wilson’s first solo film as Captain America. In the comics, Valentina is a Shield operative who eventually becomes one of the leaders of Hydra, known as Madam Hydra.

Bucky Barnes
There’s been no confirmation yet, but we’re assuming that Sebastian Stan’s Bucky Barnes will also be in the new film. The relationship between Bucky and Sam was one of the best parts of The Falcon and The Winter Soldier series, so we’d expect Marvel to want to continue that in Captain America 4.

Sharon Carter’s Power Broker
The conclusion of The Falcon and The Winter Soldier of course featured one of the MCU’s classic end credits scenes.

In it, we see Emily VanCamp’s Sharon Carter receive a pardon and an offer to return to her job at Shield. But – spoiler alert – before the scene ended, she made a call to someone about selling advanced military hardware she’ll have access to in her job at the Shield. Sam’s role in getting Sharon her pardon would certainly set her up as an antagonist in the new Captain America movie, so it wouldn’t be shocking to see her pop up.

Although, her plan to sell top-secret military hardware has us thinking we might see her again in the upcoming Disney+ series Armor Wars, which will see Tony Stark’s tech wind up in the hands of the wrong people.

Captain America 4: Cast and crew
The new film’s only just been announced, so there’s not much in the way of casting news.

Anthony Mackie and Sebastian Stan will likely return as their characters, Sam Wilson and Bucky Barnes. In addition to that, the writer and executive producer behind The Falcon and The Winter Soldier, Malcolm Spellman, is working on a script for the new movie.

Captain America 4: Release date
There’s no release date yet for Captain America 4, but we know it’s probably a few years away at least. Considering the film is in the earliest stages of development, and Marvel has a calendar full of releases set, we wouldn’t expect to see the new Captain America in theatres until 2024.

Want to know more?
Check out our watch guide on the entire MCU to see where this movie could potentially slot in between all the other Marvel films and shows to date.

Celebrity Gossip: What’s All the Fuss About?

Add Fun to Your Gaming by Playing Social Games Online