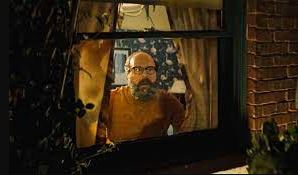 Brett Gelman has been in some of the greatest television of recent years. Fleabag? He played Sian Clifford’s repellent husband, Martin. The revival of Twin Peaks? A casino supervisor. Mad Men? One of the group therapy patients in the still-perfect series finale. And with his turn as Murray in Stranger Things, he has reached audiences beyond his wildest imagination. Now comes a further step into the mainstream: a movie about a singing crocodile, in which he plays a nosy neighbour called Mr Grumps.

“There is something really beautifully left of centre about this movie,” Gelman explains over Zoom from his hotel in Manchester. “Even though it’s a kids’ movie, there are major artistic choices being made. And the story itself is pretty bizarre, you know? It’s about a singing crocodile.”

The film in question is Lyle, Lyle, Crocodile, which might require some unpacking for British audiences. The picturebook that it’s based on – a 1965 Bernard Waber story about a crocodile who lives with some people – has become a Judith Kerr-level mainstay in the US, although it lacks much cultural cachet here. The movie adaptation, however, is a much larger affair. Lyle now sings, for example, and his former owner (played by Javier Bardem, in what might honestly be his second-best ever performance) has transformed into a kind of tragic and unreliable absentee father figure who may or may not be an alcoholic.

There are songs by the people who wrote The Greatest Showman, there’s a cute cat, there is an inexplicable amount of brown corduroy. Sadly, Mr Grumps is just about the only character who doesn’t get to sing. That must have hurt. “I would have loved to have done singing in it, but I’m not disappointed,” Gelman says. “But comedy is very musical in and of itself,” he adds, slowly at first. “So I did play an instrument. The instrument of comedy.”

If you’re a fan of Gelman’s comedy – he spent his pre-breakthrough years gaining substantial notoriety with his standup, podcasts and Adult Swim projects – you’ll recognise his tone. Throughout the interview attempts to answer everything sincerely but, with the lightest of egging on, elaborately trashes everything he just said for a faux vainglorious gag.

A case in point. We’re discussing Mr Grumps, ostensibly the villain of Lyle, Lyle, Crocodile. “There’s something very elitist about and curmudgeonly about him, you know?” Gelman begins earnestly. “I mean, he’s a classic like New York shut-in.”

Yes, but what was his crime in the film? Not wanting to share an apartment building with a family who keep a real live crocodile as a pet? That sounds like a perfectly reasonable response, surely. “You’re absolutely right,” he says. “That family is disgusting. I am the hero of the movie. It’s really a tragedy. I’m publicly humiliated, and they let this ridiculous creature just live in an apartment. I mean, at least get him a house. Get him a nice house in Woodstock or something. He deserves more space. This crocodile is victimised. I think that if Mr Grumps and Lyle got together they would really find a lot in common. They would help each other out and maybe that’s the sequel. I think we’re on to something here.”

One of the key themes of the film is that, although people are justifiably terrified when they first encounter Lyle, they quickly warm to him once he starts singing to them. Would that tactic work in real life? “Oh, I’d love it,” Gelman maintains. “I’d be like, holy shit, this is the best thing I’ve ever seen. This is incredible. Move in. You know, don’t eat my dogs, please. But he doesn’t even need to pay for food. I’ve got money now.”

Which seems to be a good time to bring up Gelman’s extraordinary run of success. Although his look – bearded, balding with grown-out sides, a vague air of sleaziness – had won him a number of smaller roles on shows such as Bored to Death (where he played Faux Jonathan) and Californication (where he played “Annoying Hipster”), it wasn’t until his 40s that he started to get noticed. Twin Peaks, he says, came because he lived near David Lynch’s casting director. His Fleabag role, meanwhile, sounds like it came about because the show had a hole it needed to fill in a hurry. But it’s Stranger Things that Gelman is most recognised for, a role he actively sought out. “I watched the first season in a day, called my agent, and said: ‘Can I be on this?’” he recalls.

He is clearly very proud of Stranger Things, where he plays Murray, a conspiracy theorist turned surprisingly adept butt-kicker who, among other things, got to wield a flamethrower during the most recent season. “To have that level of pop culture explosiveness and mass visibility is wild,” he says. Another pause. “To become one of those myths that Joseph Campbell wrote about is just incredible. And that’s exactly how I see it. And that might sound arrogant and pretentious, but too bad.”

Stranger Things is enormous. It’s so enormous that it was able to single-handedly install Kate Bush as the soundtrack of gen Z. And with that sort of success comes a higher frequency of fanbase. From afar, it all seems incredibly intense. “I think that that is an objective observation,” Gelman nods. Does it ever get too intense?

“It’s great,” he shrugs. “Hey, I mean, I’ll be honest, it’s nice being able to get into restaurants easier. And I love the fans, I love that they’re moved by it, and it makes them feel good. Obviously, you know, now I wait for some of these Mancunian shirtless gangs to pass before I cross the street because I don’t want to get beer sweat on me, but I’m very grateful for it.”

The show has also knocked him into shape, requiring him to train with taekwondo masters for months at a time, for the scenes where he has to fight a variety of interdimensional hell demons. “I feel stronger than I’ve ever felt in my life,” he says. “That’s a good feeling. It’s a lifelong pursuit to combat that low self-esteem that gets implanted into the brain, which a lot of people in my field have. It really makes me mentally healthier than I’ve ever been.”

So, I continue, anticipating the insincere chaser, how far away are we from seeing the Brett Gelman action movie? “I want to do that,” he says, suddenly serious. “I want to do that. I really do. I’m meeting with people about that. One of the things that I love about Stranger Things is that it harkens back to a cinema that I really love. For a long time, I always saw myself as the villain. But the show really opened up the possibility of being the hero for me. I would really like to be that fun action star. It is definitely something I am focused on doing right now.”

Before then, however, there is Entitled; the reason Gelman is in Manchester. A co-production between Channel 4 and Showtime, as well as a reunion with Two Brothers (the makers of Fleabag), the show sounds like a comedy. Early reports suggest that it’s about an American widower who inherits a big house in the English countryside and all the attention that comes with it. That said, Gelman is keen to keep his description as vague as possible. “We really dived into gothic comedy in a very bizarre way,” he says. “We are messing with tone. I’m immersed in a lot of very deep psychological turmoil, too. It’s been an intense experience.”

There will also soon be a book of short stories, plus – if there is any justice in the world – the eventual Brett Gelman action movie. And in the midst of everything, there is this weird little outlier about a singing crocodile, which Gelman knows he is meant to be promoting.

“I’m really proud of it,” he repeats as we start to wrap up. “It’s a very singular family film the likes of which we haven’t seen in a while, where you take these outside elements and put it into this, you know, into this very loving … loving … oven?” He gives up, mortified by what he just said. “I’m the king of metaphor. I mean, get ready for my book. It’s a lot of stuff like that.”

2D Processes Differ from 3D in Terms of Technology