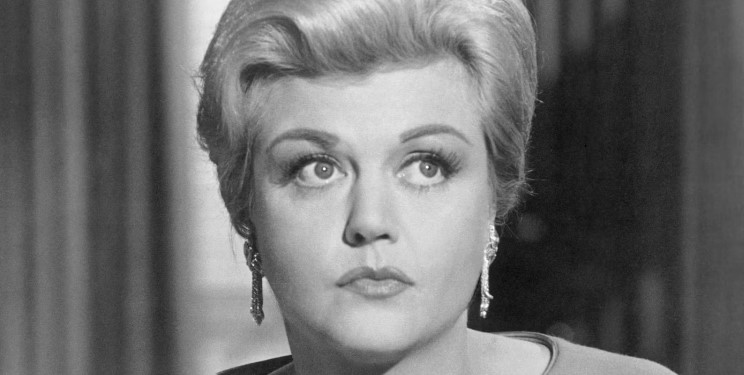 She was a cartoon teacup. She was Elizabeth Taylor’s adoring sister in National Velvet. She was Cabot Cove’s treasured murder solver. Legendary actress Angela Lansbury, who died on October 11 just shy of her 97th birthday, was a beloved movie, television, and stage presence for over seven decades. From Gaslight to Bedknobs and Broomsticks, audiences felt like they were in the presence of a good friend whenever she appeared on-screen. But in 1962, Lansbury shocked movie goers with her maniacal, icy, and diabolical turn as the world’s worst mother in writer-director John Frankenheimer’s masterpiece, The Manchurian Candidate. In her Oscar nominated performance as Mrs. Eleanor Shaw Iselin, the ruthlessly ambitious wife of a U.S. Senator (James Gregory) and mother of Raymond Shaw (Laurence Harvey), a former Korean War prisoner struggling with post-traumatic stress syndrome, Lansbury became one of the most frightening and detestable mother figures in the history of cinema. It’s a performance that’s as chilling to watch today as it was 60 years ago, and it’s the best part of this spine-tingling Cold War drama.

A Casting Gamble That Paid Off
Lansbury was an unlikely choice for the role of a woman who literally programs her son to be an assassin. For starters, at the time, she was best known for her performances in tony literary dramas like 1945’s The Picture of Dorian Gray and 1948’s The Three Musketeers. To be cast as a ruthless matriarch in an American political thriller certainly seemed to be a stretch. Secondly, Lansbury was just 36 years old when she played mother to 33-year-old Harvey. But Frankenheimer, who had directed Lansbury in the family drama All Fall Down that same year, was dead set on casting her as Eleanor. “It was very flattering to do something of this nature,” Lansbury noted in a 2011 interview with Turner Classic Movies host Robert Osborne. “I was just beginning to do big drama, so put my faith in Frankenheimer and that marvelous script by George Axelrod based on Richard Condon’s novel, which I had read.” Still, reflecting on her decision to take the part, she said “it was pretty foolhardy.” Far from it. It was the perhaps the best casting decision Frankenheimer ever made, and it was a role that no other actress could have pulled off as successfully as Lansbury.

One of the most remarkable aspects of Lansbury’s performance was her ability to play a woman at least 20 years older than her actual age. In her interview with Osborne, Lansbury remarked that because of “the raw photography…we all look godawful most of the time. Except for Janet Leigh, of course.” While lighting and makeup may have helped add some years to her face in the film, it was Lansbury’s ability to embody Eleanor’s fully depraved presence that made her so believable as a woman on the tail end of middle age, coarsened by a life singularly fueled by the lust for power and revenge.

When Lansbury first appears in The Manchurian Candidate as Eleanor Shaw Iselin, she charges onto the screen like a bucking bronco that’s just been released from its cage, callously pushing people aside to get a photo op for her hapless husband Johnny, the senator in pursuit of the vice presidential nomination. Barking orders and speaking at the velocity of a ticker tape machine operating at full tilt, it’s immediately clear that Eleanor is a woman in charge. “I keep telling you not to think,” she chides Johnny. “You’re very, very good at a great many things, but thinking, hon, just simply isn’t one of them.” At times humorous in her stinging emasculation of Johnny, Eleanor is more often disturbing as a woman clearly lacking a moral compass. When she’s not verbally whipping Johnny, she’s taking an unusual interest in her son’s life. Although Raymond has received the Congressional Medal of Honor for his heroic actions in the Korean War, the mental distress of his experience lingers, but Eleanor has no interest in comforting her son, only manipulating him for her own purposes. Her coldness is so palpable, viewers can practically see icicles form on everything that surrounds her.

A Loathsome Character, a Flawless Performance
Eleanor is a hate mongering propagandist and fascist, eagerly directing her husband to stir up his devotees with baseless claims of Communists infiltrating the halls of Congress. She’s also a loathsome racist, referring to Raymond’s Korean butler Chungjin (Henry Silva) as “Choo Chin Chow, or whatever your name is.” Lansbury is so precise in bringing Eleanor’s worst qualities to the forefront that with every moment she’s on the screen, the audience’s contempt for her boils like liquid in a pot. And when viewers first learn that Eleanor is actually a Stalinist agent who hypnotizes her own son to become a killing machine, it’s beyond shocking. Dressed as Little Bo Beep at a costume party (a perfect metaphor to depict Eleanor as a woman overseeing wolves in sheep’s clothing), she orders Raymond to murder a senator who’s getting in the way of her plans for Johnny. She’s Lady Macbeth in gloves and pearls.

A Soulless Woman in Pursuit of Power
Eleanor isn’t content to rid herself of just one obstruction in her pursuit of dominance, however. Her ultimate plan is to secure her husband’s nomination for president by eliminating the current nominee. Lansbury’s stunningly powerful scene in which Eleanor explains her plans to Raymond is so alarming in its cold-hearted cruelty, it’s a wonder it was able to get past censors at the time. “You will shoot the presidential nominee through the head,” Eleanor instructs Raymond without an ounce of hesitation, then goes on to detail the dramatic events that will follow and that will secure her husband’s place as an American hero. Only when Eleanor describes how the planned assassination will finally secure her ultimate dreams does she begin to show emotion, and in fact, her soliloquy is filled with such fervency, viewers get the sense that Eleanor is experiencing a sort of erotic euphoria as she imagines what her life will become. Lansbury is nothing short of astonishing in this scene, her sunken eyes suddenly widening with sinister delight, her weathered hands reaching out like claws physically grasping the wickedness in which she’s bathed.

‘The Lord of the Rings: The Rings of Power’: Every Episode 7 Easter Eggs You Might Miss

‘She-Hulk: Attorney at Law’ Final Review: There’s Meta, and Then There’s This