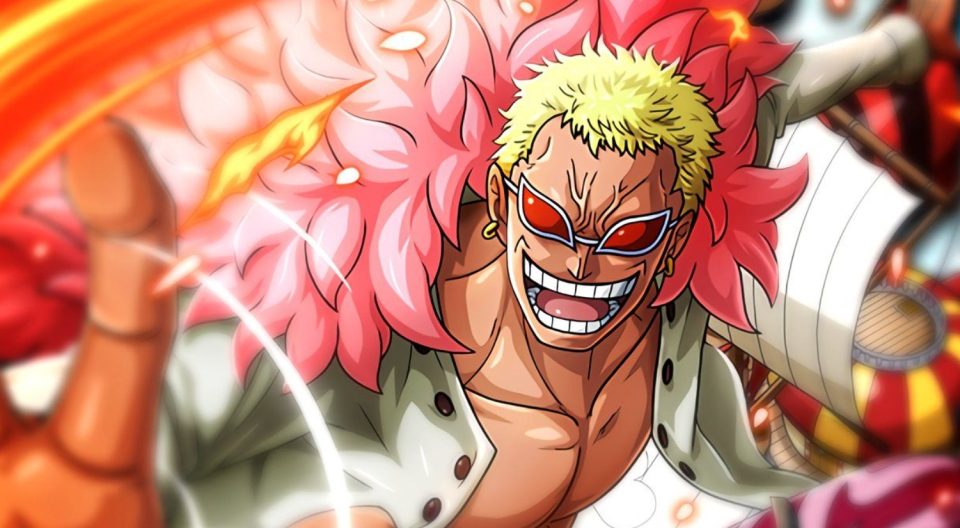 Each genre in anime has its own characteristics, as well as shounen. The shounen anime itself is synonymous with power, from magic to the supernatural.It’s not all, but most shounen anime combined with action definitely use strength.

Sometimes different anime have different power systems, such as chakra in Naruto, stand in Jojo’s Bizzare Adventure, nen in Hunter x Hunter, and many more.

Even so, there are some strengths in common. Here are the 10 most common powers used in shounen anime.

It seems that the power of fire control holds something interesting that is often used by anime creators.

Usually the power that is often paired with this reckless anime character can be generated in two ways, namely certain tools or directly from the body.

Some examples of anime characters who can control, even manipulate fire directly from their bodies, include Natsu Dragneel from Fairy Tail, Portgas D. Ace from One Piece, and Endeavor from Boku no Hero Academia.

Meanwhile, some examples of anime characters who have to use tools to control fire include Kyojiro Rengoku from Kimetsu no Yaiba, Roy Mustang from Fullmetal Alchemist, and Tsunayoshi Sawada from Katekyo Hitman Reborn.

In addition to fire, ice is also often used by anime creators as a force that usually rivals fire.

Instead of utilizing their original form, water, ice is more popular among anime characters. Usually, the power of controlling ice is directed at anime characters who have cool and cold traits.

Some of the most iconic ice users include Haku from Naruto, Toshiro Hitsugaya from Bleach, and Shouto Todoroki from Boku no Hero Academia. There are also eccentric characters who can control ice, including Aokiji from One Piece, Gray Fullbuster from Fairy Tail, and Esdeath from Akame ga Kill.

The force that harnesses another element of nature is wind. Unlike fire and ice which are mostly aggressive, wind control can be as gentle as a gentle breeze.

Usually this power is used to control the ship. However, this power can also be a dangerous force, like a tornado.

Some of the most famous windbenders include Yuno Grinberryal from Black Clover, Howzer from Seven Deadly Sins, and Wendy Marvell from Fairy Tail. There are also users who use the tool, including Temari from Naruto, Fuuko Kirisawa from Flame of Recca, and Kagura from Inuyasha.

It seems that natural elements are really interesting because anime creators also often illustrate lightning as a cool force.

Similar to the nature of lightning, characters who are guided by this power tend to be described as extravagant figures who like to show off.

Some of the characters who embody the above traits include Enel from One Piece, Denki Kaminari from Boku no Hero Academia, and Sinbad from Magi.

However, there are also characters who don’t have the above traits, including Glithunder from Seven Deadly Sins, Laxus Dreyar from Fairy Tail, and Lambo from Katekyo Hitman Reborn.

The force of gravity allows controllers to influence the gravity of everything around them, not just their own gravity.

This power is also considered as a versatile force because it can be used to attack and defend.

Some of the most popular gravity controllers include Fujitora from One Piece, Shiki Granbell from Edens Zero, and Ochako Uraraka from Boku no Hero Academia. There are also villains who use this power, including Dante Zofree from Black Clover, Ishiguro from Mob Psycho 100, and Chuuya Nakahara from Bungo Stray Dogs.

One pair of forces destined to fight is the dark and light forces.

Even so, darkness is more popular between the two, especially shadows. Usually the power of the shadows is associated with covert operations.

Some good shadow manipulators include Shikamaru Nara from Naruto, Fumikage Tokoyami from Boku no Hero Academia, and Megumi Fushigoro from Jujutsu Kaisen. Meanwhile, Pride from Fullmetal Alchemist, Gecko Moria from One Piece, and Alessi from Jojo’s Bizzare Adventure are evil characters.

Some of the strongest telekinesis users include Tetsuo Shima from Akira, Accelerator from A Certain Magical Index, and Tatsumaki from One-Punch Man. There are also characters who use this power on a daily basis, including Saiki Kusuo from Saiki Kusuo no Sai-nan, Shigeo Kageyama from Mob Psycho 100, and Chiaotzu from Dragon Ball.

The ability to create illusions does look unattractive and mediocre. This power is also a passive power. However, this power can be a versatile tool, it can even be very dangerous if possessed by the right character.

Some of the most dangerous illusion users include Itachi Uchiha from Naruto, Sosuke Aizen from Bleach, and Virgo Shaka from Saint Seiya. Other notable users include Junichiro Tanizaki from Bungo Stray Dogs, Mavis Vermillion from Fairy Tail, and Kenny G. from Jojo’s Bizzare Adventure.

Mind control is one of the most dangerous forces. This power allows the user to control the minds of others so that they can tell someone to act on their will. This power can also turn someone into a puppet.

Some of the mind controllers include Hitoshi Shinso from Boku no Hero Academia, Shokuhou Misaki from A Certain Scientific Railgun, and Shisui Uchiha from Naruto. Some users who like to treat targets like dolls include Q from Bungo Stray Dogs, Marik Ishtar from Yu-Gi-Oh, and Lelouch vi Britannia from Code Geass.

5 Must Watch Music Anime While Waiting For Bocchi the Rock!

5 Characters Who Become Manipulators in Anime, Looks Good But Cunning