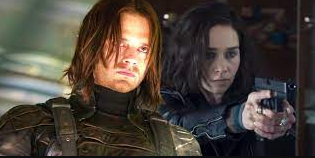 More than eight years later, Captain America: The Winter Soldier’s impact on the MCU can still be felt – and it goes beyond the Russo Brothers movies.

After The First Avenger told a familiar origin story that did not have the same impact as Iron Man, Marvel Studios knew it had to redefine Steve Rogers as a character. In addition, it was clear that the Captain America sequel had to bring something significantly different from the first movie, as not even The Avengers gave Captain America a chance to shine. The choice for Anthony and Joe Russo, whose background was mostly on TV, was unexpected, but it proved to be the right decision.

More than just being the sequel to Captain America, The Winter Soldier was a landmark for Marvel Phase 2 and set the bar high for the Marvel Cinematic Universe that followed it. The movie worked through the challenge of combining a fun superhero adventure like the Iron Man films with a more serious, high-stakes story like the ones from Nolan’s Dark Knight trilogy. Still, The Winter Soldier proved it could be done. An obvious The Winter Soldier legacy for Marvel’s Phase 3 is that Anthony and Joe Russo, who directed the film, went on to make not only Captain America: Civil War but also Avengers: Infinity War and Avengers: Endgame. To this day, no director has helmed four MCU movies – let alone from two different “sub-franchises” within the wider universe. Consequently, Civil War, Infinity War, and Endgame – the three biggest movies of Marvel’s Phase 3 – felt like direct sequels to The Winder Soldier.

Captain America: Civil War would obviously continue the themes of its predecessor, but it is clear that the Russo Brothers wanted the third Captain America movie to feel like The Winter Soldier even though the scale was much bigger. That combination of epic-scale superhero fights with a darker, more serious tone was then brought into Infinity War and Endgame. While not as realistic as a spy thriller might be, Infinity War and Endgame felt more grounded that the first two Avengers movies, once again a reflection of The Winter Soldier.