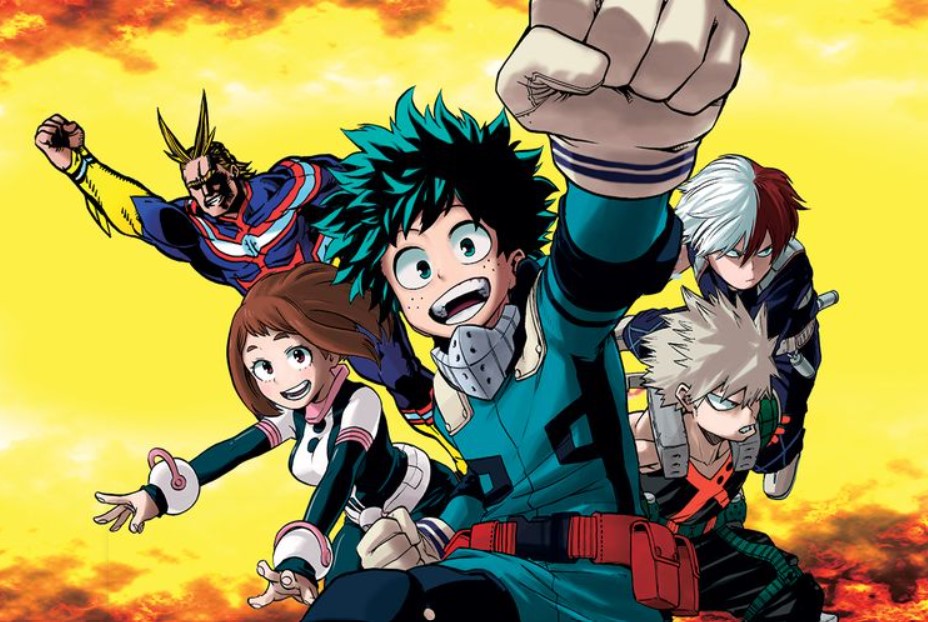 So far, few characters are known as Yuei alumni. Even so, they didn’t become ordinary heroes after graduating from Yuei. The following are the five strongest Yuei High School alumni ever in the My Hero Academia series. Check out the following reviews.

As the former number 1 hero and Symbol of Peace, All Might should be at the top of this list. All Might is not only the strongest Yuei alumni, but he is also the strongest hero that Japan has ever had.

Just like Deku, All Might was previously a Quirkless. However, everything changed after All Might became the heir to One For All from Nana Shimura. Thanks to good training from Gran Torino, All Might managed to eradicate evil using One For All.

Besides All Might, Endeavor is also a Yuei graduate who became the number 1 hero. All Might and Endeavor’s age is only 3 years apart which indicates that Endeavaour entered Yuei after All Might graduated or at least when All Might was in 3rd grade.

Since the first, Endeavor is known as the only hero whose strength is closest to All Might. Over the years, Endeavor continued to strive to surpass All Might before finally replacing All Might after All Might retired. Endeavor himself possesses the Hellflame Quirk, which allows him to manipulate extremely hot flames.

Having the real name Tsunagu Hakamada, Beast Jeanist is the number 3 hero in the Hero Association. Best Jeanist is one of the senior alumni at Yuei High School, who graduated from Yuei in the All Might and Endeavor era.

Best Jeanist has a Quirk which is quite strong and very inconvenient for criminals. His quirk, Fiber Master, allows him to manipulate every thread around him. Usually, Best Jeanists use this Quirk to create ropes that can catch their enemies, or tie them up with their own clothes.

Apparently, the top ranks of Pro Heroes in the Hero Association were dominated by Yuei alumni. If previously there were heroes number 1 and 3, this time it was hero number 4. Based on his age, Edgeshot is the upperclassman of Shota Aizawa or Eraser Head.

Edgeshot becomes the number 4 hero because he has a dangerous and very versatile Quirk. His quirk, the Foldabody, allows Edgeshot to transform his body into a very thin, yet very sharp one. Edgeshot usually uses this Quirk to enter tight spaces, moving faster than the speed of sound, to stab the enemy.

Shota Aizawa, or better known by his hero name as Eraser Head, is a Pro Hero and homeroom teacher at class 1-A of Yuei High School at the moment. Eraser Head is a classmate of Present Mic and Oboro Shirakumo.

The Eraser Head was indeed not very strong in terms of physical strength. Even so, he has a Quirk that can make criminals helpless. Eraser Head possesses a Quirk called Erasure which allows him to erase the Quirk of anyone he sees. As long as the person is within the Eraser Head’s line of sight, that person will not be able to use his Quirk.

Of course, there is a reason why Yuei High School is known as the best hero school in Japan. The reason is, this school has indeed produced many powerful and influential heroes in Japan. In your opinion, who else are Yuei alumni who are not less powerful than the five characters above?

Why Did Audiences Hate John Carpenter’s ‘The Thing’ & ‘Prince of Darkness’ in the first place?