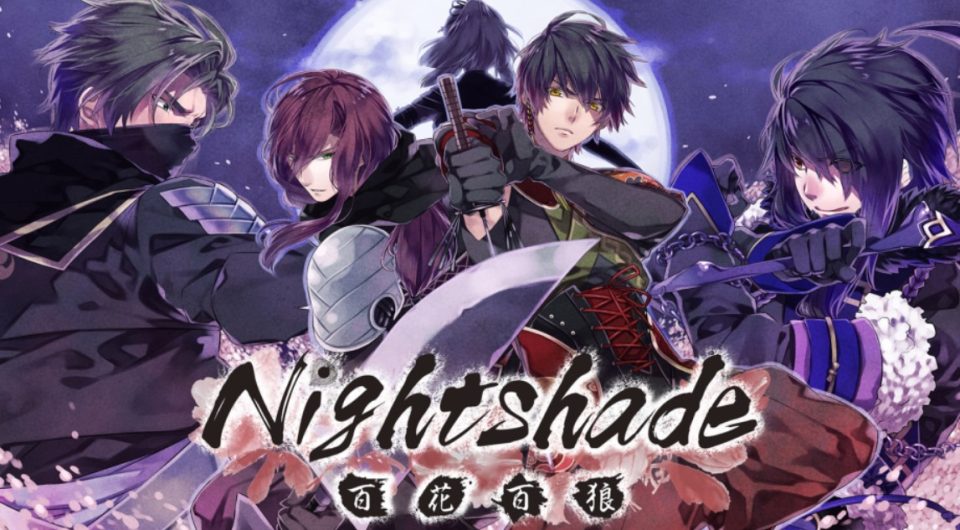 An otome game is a visual novel that invites players to take part in the game from a story that has been created. The game will make the player the main character in the story. In other words, this game can ‘accomplish’ the dreams of players who want to enter the world of animation.

Recently, the game Collar x Malice, one of the games created by Idea Factory and Otomate, will be adapted into an anime. There are also several games that have been adapted into anime, such as Obey Me! and Amnesia. Equally popular and have interesting stories, here are five otome games that deserve an anime adaptation.

The story of the game Nightshade takes place in a period close to the Sengoku Period of Japan. This game is a pretty good game for players interested in Japanese history. The game also has beautiful character designs, but uses a dark color palette that can immerse players in a dark world

If it gets an adaptation, Nightshade will be an interesting historical romance series. The game centers on Enju, the daughter of the Koga Clan. He always worked hard to become a ninja. When he went on the first mission, he was very excited. However, he soon finds himself caught up in a major incident.

Mystic Messenger is a popular mobile game. The game has the player as the protagonist who receives messages and calls from other characters. The premise of the game is that the protagonist downloads a messenger app that will guide him to a high-security apartment.

If Mystic Messenger receives an adaptation, then the game will be an interesting isekai story. However, unlike other isekai anime, this game will not feature magical powers. The game will use the high-tech aspect of the science fiction genre while presenting a heartwarming love story.

Tears of Themis is a mobile game created by a development company called Hoyoverse which has created an open world RPG game, Genshin Impact. The game will take players into the world of defense lawyers studying under the best lawyers Stellis.

At its core, Tears of Themis will center on a romance that turns love into a mystery that must be solved like a case. If it gets an anime adaptation, the game will become a romantic comedy series set in a workplace setting, much like the anime Wotakoi: Love is Hard for Otaku.

Bustafellows is a game with the perfect mix of a suspenseful murder mystery and a love story. The game tells the story of a journalist who can time travel using human bodies for investigative purposes.

If it gets an anime adaptation, Bustafellows will be one of the competitors for a potential anime. The game is filled with beautifully designed characters that have stunning visuals. The game will also make the perfect anime series for Bungo Stray Dogs, 91 Days, and Baccano fans.

Piofiore: Fated Memories introduces players to the Italian streets of the 1920s. The game is filled with mafia characters from Lilliana’s perspective. He grew up in a church located in the Arca area, a small town in Burlone. He didn’t realize that he was the main reason behind the constant conflict.

There will be no doubt, Piofiore: Fated Memories will be a strong contender if adapted into an anime. The game will present the perfect story about the Italian mafia. Fans of the anime Jojo’s Bizzare Adventure, Durara, and Katekyo Hitman Reborn will definitely enjoy it.

Generally, otome games will have several endings depending on the storyline that is determined by the player. However, there is nothing wrong if the five reviews above become an otome game that deserves to be adapted into an anime with a definite ending.

‘Gaia’ Is An Eco-Horror That Brings Nature’s Wrath