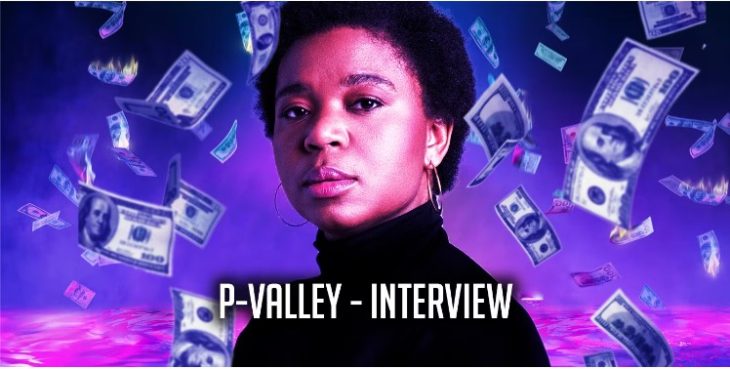 From creator Katori Hall, the second season of the Starz series P-Valley has seen the Chucalissa strip club, The Pynk, fighting for its own survival during the pandemic, with Autumn (Elarica Johnson) and Uncle Clifford (Nicco Annan) not always seeing eye-to-eye when it comes to what’s best for the business. At the same time, local politics have been making a mess of everything and everyone finds themselves caught up in drama as they do what they must just to make it through such unprecedented times.

During this 1-on-1 interview with Collider, Hall talked about what it’s been like to see this world and the characters that they’ve created with P-Valley really connecting with fans, why they felt it was necessary to incorporate COVID into their story, going bigger in scope with everything, the stripper car wash, the most heartbreaking gut-punch moment this season, the evolution of the relationship between Uncle Clifford and Lil’ Murda (J. Alphonse Nicholson), the abortion storyline, and how she always has ideas for continuing this story in future seasons

KATORI HALL: It’s been an honor and a privilege to be able to tell all these stories, at this time. It was crazy, how everything is aligning.

What was it like to realize the success of the first season? When this show came out, no one knew what to make of it and I’m sure you had no idea how people would react to it. When and how did you realize that the show was really catching fire with audiences, the way that it did?

HALL: I had an inkling that, if the show premiered, we would get an audience that really felt seen and reflected and celebrated. It was really about working so hard that first season, knowing that the audience was out there, they just had been overlooked. And then, boom, we had that big moment of pause. To premiere during the pandemic, where everyone was trying to find escape, obviously, that helped focus eyeballs. But I do think, even if we had premiered outside of that, or at another time, that this show would’ve found its very supportive audience. You look back at the success and you look back over the years, and you look at the second season and you see how it’s being embraced by not only the own audience but also new audience members, it’s just a very satisfying experience.

I don’t go around being like, “Haha, look at how successful my show is.” But it does feel really good that all this hard work that you poured into the story and the characters is landing in the way that you dreamed of. And there’s the fact that we’ve been able, in Season 2, to really successfully weave the real world into our fictional world, in ways that feel more truthful sometimes than the news reports. I would say that we use fiction, in order to tell the truth about the situations that our characters are in. I just can’t wait to be able to do it, again and again, and again, because there are just so many stories to tell in this world.

In doing the first season, was there anything that you were holding back on a little bit, just to see how people would react? Did the success of the show allow you to push yourself even further in Season 2?

COVID really is such a part of Season 2. Some shows decided to include COVID to varying degrees, and some never acknowledged it at all. Did you have a different plan for Season 2, but then decided to change and adapt to including a pandemic since we’re in a pandemic? How did the way that you approached it evolve?

HALL: Yes, I did have a very different Season 2. It was really just about pulling the story threads from Season 1. In a world that didn’t have COVID, we were still going to see the power play and the war over The Pynk between Uncle Clifford and the new co-owner, Hailey Colton. However, with the addition of COVID, it actually raised the stakes and made the conflicts even more dramatic. To have a club that was struggling the first season, and then, boom, they’re like, “Oh, my God, we’re saved!,” and then they’re like, “Oh, my God, ‘Rona!” It’s a never-ending fight that our owners and our dancers had to endure, story-wise. I was actually really grateful that we could figure out a way to weave in what everyone was going through, which is this very universal experience of surviving a pandemic, into this fictional story. I do feel as though we’ve been using fiction in order to tell the truth of everybody’s lives around the world, and we’re still in it. We’re still in a raging pandemic.

I love that you also really made masks part of the fashion of the show.

HALL: Absolutely. We had a really great time with costumes, really honing in on what our Corona couture would be for each character, whether it was Uncle Clifford and all of her fabulous bedazzled masks, or people who were wearing things that were a little bit more simple and more elegant, or people who were super glittery. We just really had a ball. And then, how a character wore their mask was such a reflection of who they are. Some characters would always have their mask around their wrist, some characters were always eating and they would always have it dangling, and then there were the people who didn’t wear masks at all. It was another way to articulate character and tell our very real story of how everyone just has a different response to dealing with this pandemic.

Season 2 has more stripping, more music, and more drama. There’s just more of everything. Did you always know that you were going to go bigger with all of it, especially after where things left off in the first season?

HALL: Absolutely. I always remind people that the show is called P-Valley, not The Pynk. It’s about this world. We have to go outside of The Pynk’s doors, in order to understand why The Pynk even exists. I was just really grateful that we had this opportunity to get to know the South better. There are these assumptions about how the South looks and who’s there. We see Keyshawn and Lil’ Murda go on their Dirty Dozen tour. We see different ways of being Black and Southern in America.